Birthday Special: The legacy of Emily Bronte, the recluse writer

A Bronte fan, Amit Ranjan remembers this recluse writer whose only novel would always be a classic favourite

Emily Bronte turns 199, not out, on 30th July. There are myriad books and essays about this one book wonder, who wrote Wuthering Heights under the pseudonym Ellis Bell. There were two novels in this volume – the second one was her younger sister Anne’s Agnes Gray, also under a pseudonym, Acton Bell. The book was published in 1847, and Emily succumbed to consumption (tuberculosis), the scourge of 19thcentury, in the following year, 1848. Since then, her popularity has steadily grown owing to her rather Gothic novel with its plot involving passion and violence and keeping an amoral tone in an age of Victorian morality. Charlotte Bronte, elder to both of the above mentioned, also published her renowned novel Jane Eyre in 1847. So, this year is also the 170th anniversary of the creation of the legacy of the Bronte sisters.

There are a few biographies about Emily Bronte, but there is a lot that eludes about her, for there is little material to work with – she wrote a few letters, there are not many papers of hers that survive; in fact it is said that Charlotte burnt some of Emily’s memoirs after her death. John Hewish says of Emily’s life that “this author’s life and personality are monolithic and tend to be biographer-proof.” Her life is largely gleaned from the fiction written by her and Charlotte, and Charlotte’s famous biography by Elizabeth Gaskell. It is a case of hunting for history through fiction, and tells us how fact and fiction are always intertwined in creation of histories; how history itself is only the known narrative.

Since, it is Emily’s birthday, let us talk about two important curiosities of her life – her “Birthday Papers” and her dog Keeper. These two constantly recur in any attempt at recounting Emily’s life – it is not just her papers that tell about her, but also it seems Keeper is an important keeper of her legacy.

Keeper was a part-mongrel, part-mastiff big dog who would accompany her on long walks across the moor that overlooked her house at Hawthorn. The image of a young girl wandering across the moor with her big mastiff fed into the Romantic imagination of the readers and the raconteurs, and he went on to acquire a legendary status. Maureen Adams tells in her book Shaggy Muses: The Dogs Who Inspired Virginia Woolf, Emily Dickinson, Elizabeth Barrett Browning, Edith Wharton, and Emily Bronte that years after her death, people recounted how this tall girl would appear out of the fog with her dog. She says, “No warning of their approach could be heard except for the dog’s odd breathing, a wheezing whistle, the result of an injury from one of his fierce brawls with local dogs. Emily would nod a greeting and pause to hear the latest tales of quarrels, thievery, or latest ghost sightings… A strange pair they were, uncanny and frightening, like the old stories of the goddesses and their dogs. Yet there was a gentleness between them.” 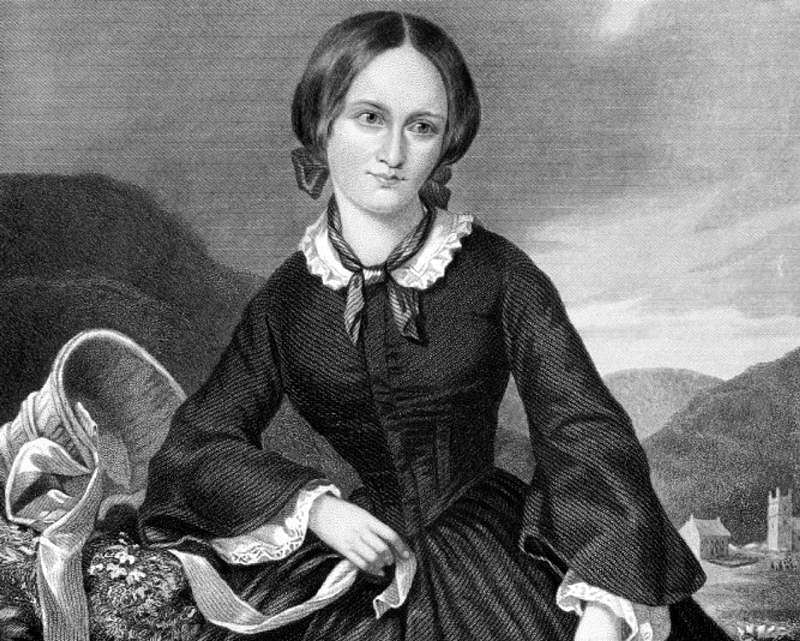 Lyn Pykett, in her eponymous book Emily Bronte (1989) mentions a John Greenwood who wrote a diary about life in Hawthorn. Greenwood tells that once Keeper was attacked by another dog; and on being informed, Emily rushed with a bottle of pepper to the battle scene. He tells “She never spoke a word, nor appeared at a loss what to do, but rushed at once into the kitchen, took the pepper box, and away into the lane, where she found the two savage brutes each holding the other by the throat…while several other animals who thought themselves men, where standing looking like cowards…watching this fragile creature spring upon the beasts – seizing Keeper round the neck with one arm, while with the other she dredges well their noses with pepper, and separating them by force of great will…”

It is said that Keeper went into mourning after her death and for the three years of his life after her, he was like his own ghost. Animals were so important to Emily, or so it is believed, that biographers often tapped into the portraits of the two dogs – Ginger and Keeper, and the cat Flossie. Today, if you go to Hawthorn, a tourist guide would tell you that the cat lurking around is descended from Flossie and the dog barking on the street is a kin of Keeper.

Now, let us turn to the Birthday Papers. It was a pact between Emily and Anne that they would write diaries commencing at Emily’s birthday, every four years. The previous diary would be read after four years too. So these diaries were written in 1834, 1837, 1841, and 1845. The first two are co-authored, the latter two are by Emily, and she didn’t live to see 1849 for the next edition. The 1841 papers talk about the desire to set up a school of their own, and by 1845 in the next set of papers the idea is abandoned and instead Emily has invested in shares of a railway company for financial security of the sisters who lost their mother at a very tender age.

Another very interesting feature of the Birthday Papers is the world of Gondal. It was an island conjured in the sisters’ imagination and they built up the characters of this fantasy throughout their lives. The Gondal characters appear in each of the Birthday Papers, and Emily also wrote poems about them. In the 1845, Anne reports in her papers that Emily is writing the history of Emperor Julius. Had Emily completed the work, who knows – that work may have been more in vogue than Shakespeare’s play  Julius Caesar.

On the Hawthorn moor, there was a solitary reaper

And to keep her company was a Keeper,

A keeper of her nightmares and dreams.

Her silence, and Keeper’s screams.

HomeCmcmBirthday Special: The legacy of Emily Bronte, the recluse writer