Biopic doesn’t glorify me but show my journey: Dhoni 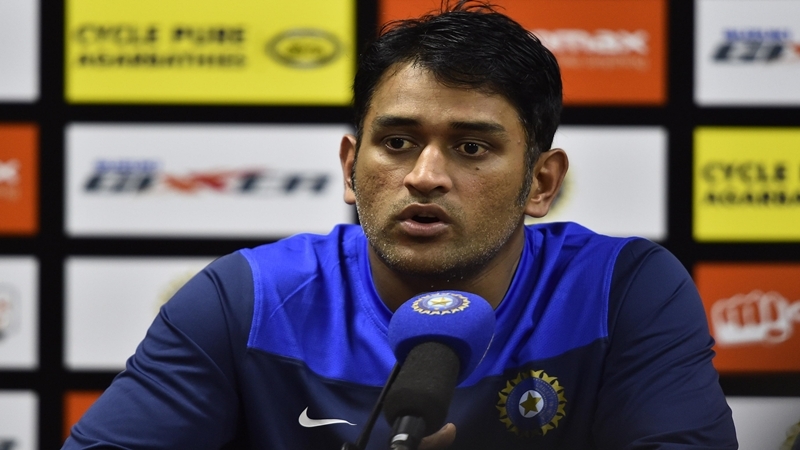 New York: He wanted the biopic on him to show his journey, the inherent struggles in “decision making processes” rather than “glorify him” and that’s precisely what Mahendra Singh Dhoni told film’s director Neeraj Pandey during the conceptual phase of ‘MS Dhoni-The Untold Story’.

In the United States along with wife Sakshi and producer Arun Pandey (whose firm manages Dhoni) to promote his film, which is due to release worldwide on September 30, Dhoni spoke about his life and the transformation from a talented small town boy to one of India’s most respected captain.

“One thing I told Pandey (director Neeraj) is that this movie should not be to glorify me. It’s about the journey of a professional sportsperson and that’s what it should depict,” Dhoni told reporters here during film’s promotional event.

Being a person who likes to live in the present, it was “difficult” for him to go back into his life and narrate his story to Pandey for the movie.

He said the first time he saw the movie, an unedited version, he relived his past again as memories of his childhood, where he lived and how he played flooded his mind.

“All those things that had happened became fresh in my memory — from where I lived, how my school was, where we played. I went blank,” said Dhoni, who normally does not show much emotions on the field.

“It was nice to be in the past for a moment and you get a view of what others think about me. I have never talked to my parents about cricket and it was nice to get a glimpse of what they really thought about me,” he said.

When asked if he was worried about how the world will perceive him as a human being and cricketer after seeing the movie, he replied in the negative.

“I was a little worried when initially the concept of the movie came but once we were in, I was not worried about it as I was just narrating my side of the story,” he said.

Dhoni also shared moments from his cricketing life that had a huge impact on him.

He said the World Cup loss of 2007 and the ensuing reactions against him and the team had a big impact on him and to some extent that experience “was a big turning point in my life”.

He said in India when a team loses a cricket match, they are perceived as people who “have committed a crime or are murderers or terrorists.”

He recalled the harrowing time when the team had returned home after making an exit in the first round of the 2007 edition. People pelted stones at Dhoni‘s residence.

Dhoni admitted that his captaincy is more about gut feeling as it comes from the experiences of his life.

“Gut feeling is all about the experiences that you have had in your life. It is about being in difficult scenarios, knowing what worked, what did not work and then taking a decision.”

Asked if he could have played the character himself, Dhoni smiled and said that acting is “very difficult job which should be left to the actors, who know what to do”.

He said working as a TTE (Train Ticket Examiner) at Kharagpur railway station (in Bengal) toughened him up and made him a better person.

When asked about his autobiography, Dhoni said it takes more effort to write a book and it will take time to do that.

“Book will take its time. The concept of a book was actually before the movie but it needs a bit more effort. Book will be more elaborate.”

Dhoni described film’s hero Sushant Singh Rajput as a “fantastic actor”, who has worked very hard for the film and is now one of the better cricketers in all the celebrities cricket leagues that are happening.

He said Rajput wanted to know Dhoni’s thinking and frame of mind when he plays cricket.