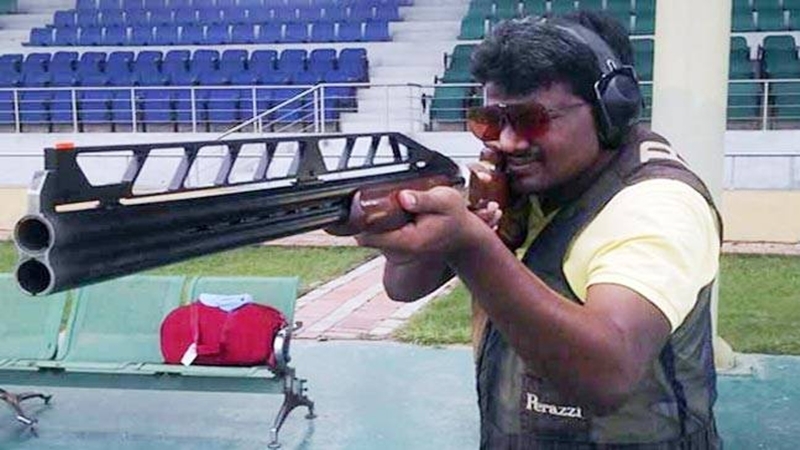 Patna: A day after the Supreme Court stayed his bail, suspended JD (U) MLC Manorama Devi’s son Rocky Yadav, who allegedly shot dead a class XII student for overtaking his SUV, surrendered on Saturday before the Gaya district court in Bihar.

The Patna High Court had on October 19 granted bail to Rocky in the case.

Rocky, son of suspended Janata Dal United MLC Manorama Devi and alleged history sheeter Bindi Yadav, is accused of shooting and killing Aditya Sachdeva, a Class XII student who was driving his Maruti car, for overtaking his SUV on May 7 near Gaya.

A day after Rocky came out of jail, Principal Additional Advocate General Lalit Kishore had said the state government would file an appeal in the Supreme Court challenging the bail granted to the accused by the High Court.

The police arrested Rocky from his father Bindi Yadav’s mixer plant complex in Gaya on May 10. Rocky’s parents, accused of sheltering him while he was on the run after the murder, were recently granted bail. The police filed a charge sheet in a Gaya court against Rocky and another accused in connection with this case.

Police had filed a chargesheet in a Gaya court against Rocky and another accused in connection with the murder. They had also filed chargesheet against Rocky’s cousin Teni Yadav, his father Bindi Yadav and his MLC mother’s bodyguard, Rajesh Kumar, in the murder case.

The state government had put the case on speedy trial and investigation was completed in three weeks and chargesheet filed within a month of the incident.

Also Read: Rocky Yadav is arrested, claims he was in Delhi

Rocky was facing two cases – one of murder of Aditya Sachdeva and another under Excise Act for recovery of liquor bottles from the house of his mother.

His name was included along with his father Bindi Yadav in the case of recovery of liquor bottles which were found when police raided his mother’s house looking for Rocky.