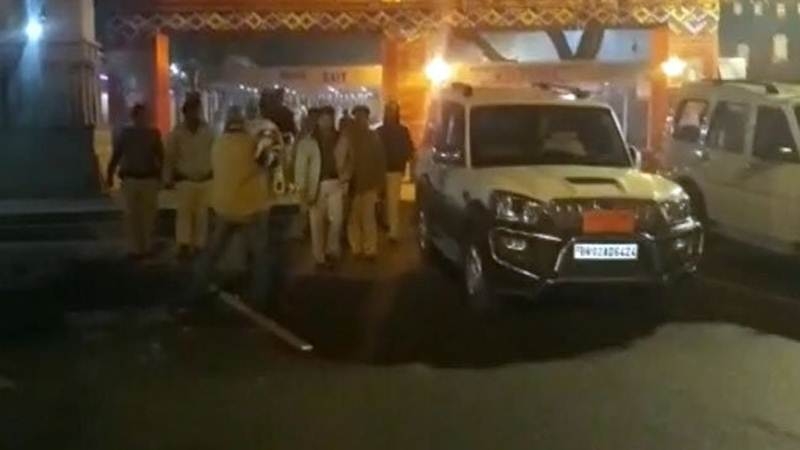 Gaya: Two bombs were found from the Bodh Gaya pilgrimage centre near here tonight following a small explosion-like sound amid stringent security measures in view of the Dalai Lama’s stay, a top police official said. The bombs were found from the vicinity of the Kalachakra ground during an intensive combing operation by a police team led by DIG (Patna Range) Vinay Kumar, Inspector General of police (IGP), Patna Zone, N H Khan said.

The Tibetan spiritual leader has been holding discourses at the ground, he said. The IGP said that the operations were carried out after a small explosion took place at a kitchen set up at the Kaalchintan ground, causing panic among the devotees who had gathered to hear the Dalai Lama’s discourse.  The explosion had taken place shortly after the Dalai Lama had completed his discourse and retired for the day at the Tibetan monastery, he said. During the operations, a burst thermos flask was found at the kitchen.

This might have caused the sound, the IGP said. Meanwhile, a team of forensic experts has dispatched to the site of the incident from Patna to ascertain the nature of the explosives found, he said. The Tibetan spiritual leader had arrived in Bodh Gaya on January 1 and he is likely to stay there for a month.

A host of VIPs, including Bihar Governor Satya Pal MalikChief Minister Nitish Kumar and Hollywood actor Richard Gere have visited Bodh Gaya recently to receive blessings from the Buddhist monk. Significantly, in 2013, the Maha Bodhi temple, situated on the spot where Buddha is said to have attained enlightenment, was rocked by a series of explosions in which five people, including two monks, were injured.