Bigg Boss 12! Jasleen Mathura’s father wants to teach her a lesson for having ‘fake’ relationship with Anup Jalota 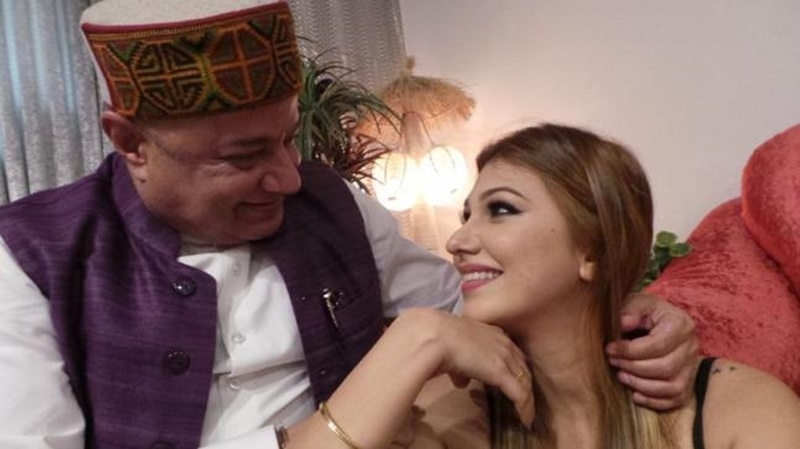 The twelfth season of Bigg Boss is making more noise outside the house than inside. For instance, the Vichitra jodi of Anup Jalota and Jasleen Mathura entered the house as much in love couple. However, going by their body language and the way the duo used to be with each other, it was hard to believe that the duo are dating or in a relationship. Apparently, after Anup got evicted it was later revealed by him that he and Jasleen were never in a relationship and that it were the makers of Bigg Boss who isnisted Jasleen to be in a fake relationship with Anup Jalota.

The Bhajan singer revealed that Jasleen’s father called him and requested him to go inside with her daughter as a guru-shishya jodi. However, one week prior to the beginning of the show, Jasleen was called to the outhouse of Bigg Boss and made to stay there without any contact with anyone. Anup revealed he was shocked as hell when at the grand premiere of Bigg Boss 12, Jasleen stated that she is in a relationship with him.

He further revealed that once Jasleen had said it in front of everyone, he decided to play the part so that Jasleen could get a boost in her career. Talking about Jasleen, in an interview with Bollywoodlife, Jalota said, “I have told Kesar Matharu if he will let me do Jasleen’s kanyadaan as and when she gets married. He said we will do her kanyadaan together.

Upon hearing the full testimony of what actually transpired between him and Jasleen, and how his daughter changed the narrative for few weeks of popularity, Kesar Matharu said, “Let her come out of the house, I will teach her a lesson.” Let’s see what will be Jasleen’s reaction once she is out of the house.