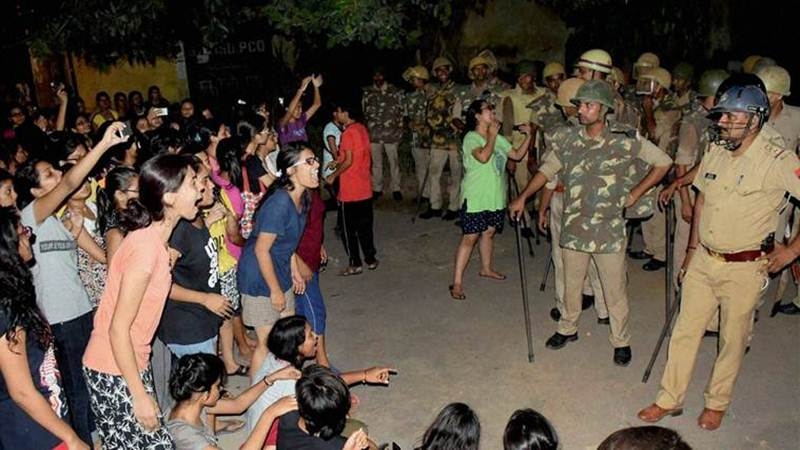 Varanasi: Varanasi district administration has asked the Banaras Hindu University to change the uniform of their security guards – which is similar to the state police’s uniform – in order to avoid any confusion. The order comes in the aftermath of the widespread criticism of the state police after it was alleged that a number of students, including women, and two journalists were injured in a lathi-charge by them in the BHU on Saturday night.

According to the letter written by SSP RK Bhardwaj to the vice-chancellor, dated September 24, the varsity has been given time till tomorrow to make the change or else face action. In his letter, Bhardwaj has also cited an order dated December 3, 2016, when the then district magistrate had issued a similar order. “There are constant clashes between the security guards(proctorial board members) and the students.

The guards are dressed in uniforms similar to that of the Uttar Pradesh police (khaki), which in such cases, earns the state police a bad name,” the letter said. “It is thus requested that within 46 hours, i.e. 5 pm, September 26, 2017, the look of the uniform of the security guards of the BHU should be changed to something other than what the state police officials wear,” he said.

Meanwhile, District Magistrate Yogeshwar Ram Mishra today visited the varsity and asked its administration to ensure that incidents of violence do not occur on the campus again. He also asked the university administration to install CCTV cameras at every entrance and especially at women hostels and to deploy woman security guards at the wings dedicated for women.

BHU students have alleged they have to face eve-teasers on the campus regularly and the varsity administration was not taking any action to stop the miscreants. The violence erupted after some students, protesting against the incident on Thursday, wanted to meet the varsity vice chancellor at his residence.