Bhayandar: Housing for all, a myth for those fighting to save their real shelters 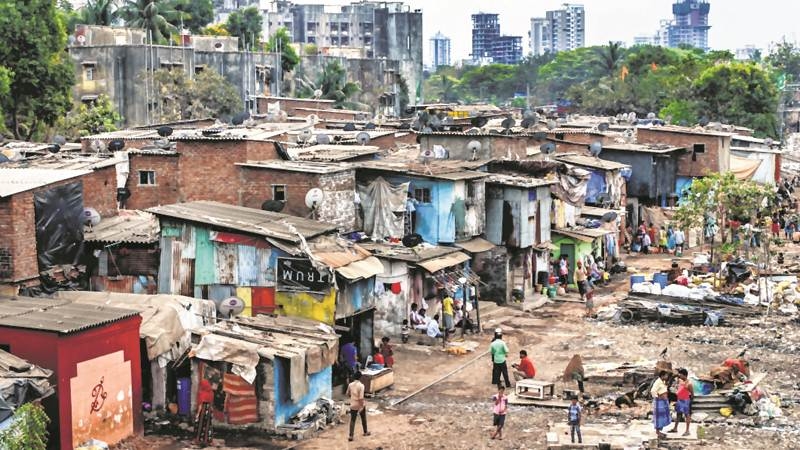 Bhayandar: PM Narendra Modi’s ambitious “Housing for All” initiative was one of the crucial parts of his government’s “Achhe Din” promise. However for 135 legitimate slum dwelling families in Bhayandar, the more than a decade old struggle to save their existing homes continues, since they were forcefully evicted by the civic administration along and the railways in 2002 from their pre-1990 shanties in Bunderwadi and later relocated to a plot in Navghar village.

A divisional bench of the Mumbai High Court comprising — Justice’s M S Karnik and Shantanu Khemkar in response to a plea moved by the slum dwellers has not only sought response on the issue from the state government and the Mira Bhayandar Municipal Corporation (MBMC) to file their say within four weeks, but also directed maintaining status quo refraining any further coercive step. The next hearing is scheduled on May 2.

For, the past 15 years the poor hutment dwellers who are living in the relocated spot, devoid of basic facilities including — toilets, roads, electricity and water, were in for a rude shock recently when they learnt that civic officials had again hatched a ploy to evict them on the behest of the ruling party.

Moreover, in sharp contrast to the PM’s housing initiative, the BJP-led MBMC passed a resolution to construct a crematorium on the same land without chalking out any plan to rehabilitate the slum cluster. This, despite the fact that concerned agencies have surveyed the slums for rehabilitation under the Rajiv Awas Yojna and later the Prime Minister Awas Yojna. Moreover the dwellers are armed with documents including- voter cards, ration cards validating their pre-1990 domicile in the region.