Beware! Kavita Kaushik is in no mood to spare those posting trashy comments on her posts 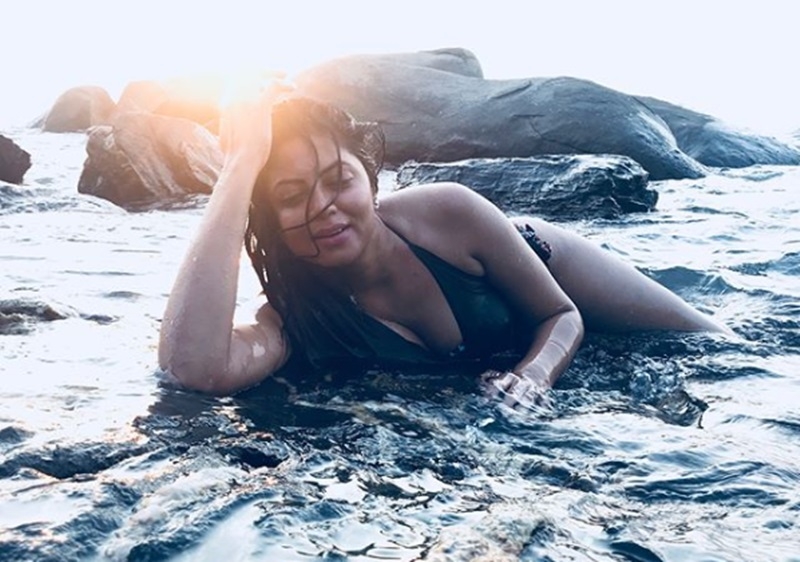 As Taylor Swift says ‘Haters Gonna Hate’, social media is not for you if you can’t handle criticism. However, if one’s followers go overboard and are being trolling for the slightest of things, there is no stopping. Although celebrities use this platform to interact with their fans and vice versa, sharing intimate moments can have followers gushing over them.

From television, film to sports or politics, every well-known persona has faced some form of lashing on social media. This time the locked target was FIR star Kavita Kaushik.

The actress who dons a stunning bod was recently slut-shamed for her bikini pictures on various occasions. While Kavita deals with it in her own style, she shared her take with Hindustan Times.

Did anyone miss me ?

The Mauritius tan is the best in the world ! Someone wise said few days back that people get very angry to see a woman comfortable with her body ! N if u tell them that her boobs are real then it’s the women who get angrier !! Haha make em angry then #nofilter #allreal

Here’s to all women wanting to wear pretty bikinis but shy of their bodily flaws , who would know this better than me but you know what I realised we all have them ,we all have some fat , some scars , some cervical spondylitis..oh sorry that’s just me who has it hope none of u do ,some birthmarks that just don’t go no matter what ubtans and creams we apply !! Grr .. so what now ? Are we gonna Just waste our lives ogling at perfectly shaped models on the Internet and then criticising them ? or are we gonna hit the gym , eat a healthy diet ,achieve our best fittest body and embrace all other flaws n be our unique beautiful best and jump into the ocean !!? I think it’s the latter , my cervical doesn’t stop me from doing the chakrasan (jiski acchi si photo samandar ke paas kheench ke kal dikhaaungi) Nothing should stop you from being the best version of you !! So all you fabulous ladies out there you are all beautiful/sexy/cute/pretty/ etc in your own unique way! Lift each other up and be powerful ! Biggg hugg to all my girls ❤️❤️❤️❤️❤️ #whoruntheworld #girls #fuckoffphotoshop

She expressed how the negativity prevailed in not only her bikini pictures but also when she was fully clothed. She said “I used to think maybe the reactions were because I posed in shorts, in a bikini or maybe in a tight T-shirt, but I got cheap comments even when I was wearing salwar kameez and was covered from head to toe. I am very comfortable with my body, so I don’t mind posing while doing yoga or in a bikini and posting these pictures on social media. But my husband is not from the film fraternity and he gets affected by such obscene comments, and that is not okay with me.”

Dear Goa , a never before love affair with you may have started with this trip ! You are such a helluva partner @justronnit , Thank you mere dost @visualife007 for the tshirt and these effortlessly brilliant shots❤️

She made sure that she was heard and also suggested the length she would go to if needed to expose those engaging in online harassment.  “I want to tell the people who make such trashy comments to stop making such comments or I will expose them and even file a police complaint. The world has changed and women need not be afraid anymore. I want to tell all the girls out there to make social media their strength, as it’s an amazing medium. There are a few people who are ruining this medium for others for their profit or perversion. Let’s not let them do that. Let’s expose them,” she added.

Tan te tan ! When some scars shine in the sun and tell you how strong you’ve been to wear em proudly on ur forehead

We respect Kavita’s take on the matter and her stand against online abuse and slut-shaming on social media.