Banksy artwork shreds itself after sale in UK 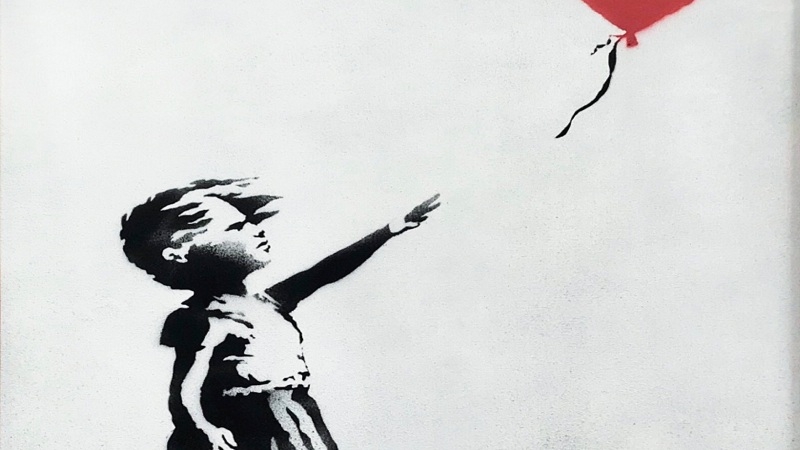 London: A stencil spray painting by secretive artist Banksy shredded itself after it was sold in Sotheby’s auction house here for more than £1 million. “Girl With Balloon”, one of Banksy’s most widely recognised works, shows a girl reaching towards a heart-shaped balloon and was the final work sold at the auction on Friday night, the BBC reported.

However, in a twist to be expected from street art’s most subversive character, the canvas suddenly passed through a shredder installed in the frame. Posting a picture of the moment on Instagram, Banksy wrote: “Going, going, gone…” “It appears we just got Banksy-ed,” said Alex Branczik, Sotheby’s senior director and head of contemporary art in Europe.

Banksy is a Bristol-born artist whose true identity, despite rampant speculation, has never been officially revealed. He came to prominence through a series of graffiti pieces that appeared on buildings across the country, marked by deeply satirical undertones.
Friday’s self-destruction was the latest in a long history of anti-establishment sta­te­ments by the street artist. “Girl With Balloon” originally appeared on a wall in Great Eastern Street, London. In 2017 it was voted the nation’s favourite artwork. The gallery version featured spray paint and acrylic on canvas, mounted on a board.