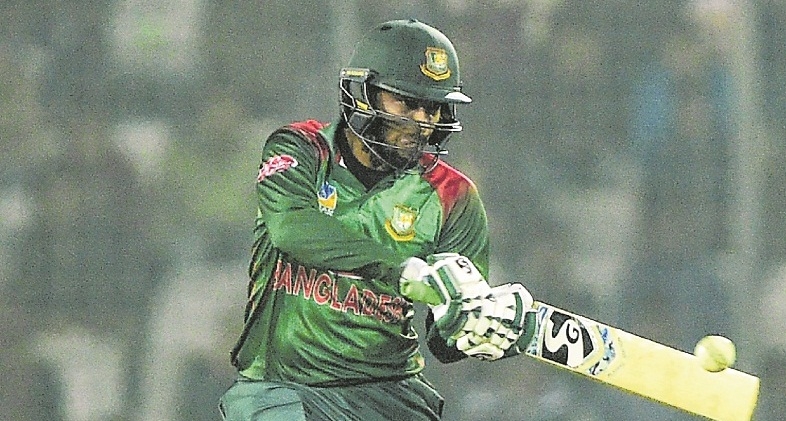 Dhaka: Shakib Al Hasan starred with both bat and ball as Bangladesh edged West Indies by 36 runs in the second Twenty20 international to level the three-match series in Dhaka on Thursday. Sakib claimed 4-21, his maiden five-wicket haul in T20I, helping Bangladesh bowl out West Indies for 175 runs after his unbeaten 42 off 26 balls played a hand in Bangladesh’s record score of 211-4.

Rovman Powell hit highest 50 off 34 balls but succumbed to the pressure of a huge asking rate as West Indies folded their innings in 19.2 overs, despite a late cameo by Keemo Paul, who made 29 off 16 balls. In-form Shai Hope gave West Indies a rollicking start, picking up 24 runs from one over of Mustafizur Rahman before he was dismissed by off-spinner Mehidy Hasan for 36 off 19 balls. Shakib bowled Fabien Allen for seven to complete his five-wicket haul — becoming only the third Bangladeshi to achieve the feat, before Mustafizur, who finished with 2-54, gave a decisive blow by removing Powell and Paul.