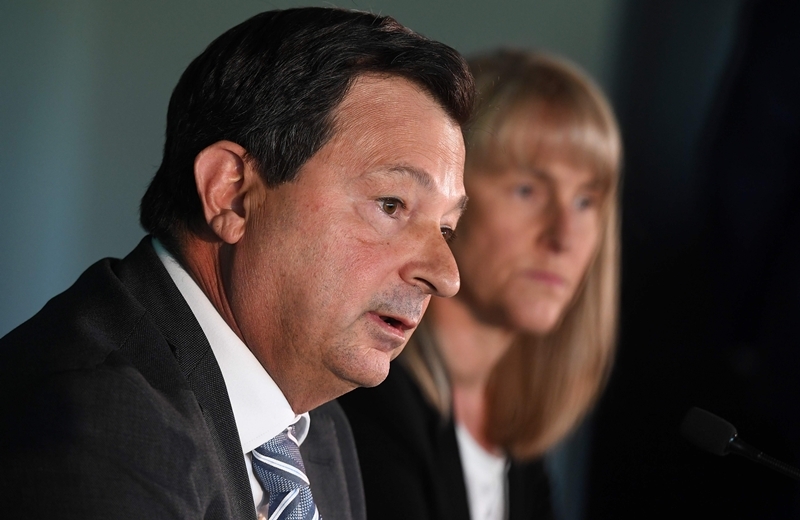 Sydney: Cricket Australia chairman David Peever quit Thursday after coming under intense pressure over a ball-tampering scandal which has triggered an exodus of senior figures and long bans for three players. The former Rio Tinto mining executive was only voted in for a new three-year term last week, days before an independent review following the cheating scandal slammed the governing body.

Calls have been mounting for Peever to go after it emerged that the CA-commissioned report was withheld from the country’s states that re-elected him. He was also widely criticised after an interview with broadcaster ABC in which he referred to the ball-tampering affair, which caused an outcry among the Australian public, as a ‘hiccup’.

“Cricket Australia has today confirmed that Mr David Peever has announced his resignation as chairman of the board of Cricket Australia, effective immediately,” the governing body said in a statement. His deputy Earl Eddings was appointed as interim chairman.

The review by the Sydney-based Ethics Centre slammed CA’s conduct leading up to the tampering incident in March, when players were caught using sandpaper to alter the ball at a Test match in Cape Town. It found that an ‘arrogant’ and ‘controlling’ culture within the governing body contributed to players cheating in the pursuit of victory.

Peever had until now kept his job despite the exit of CA chief executive James Sutherland, coach Darren Lehmann and team performance boss Pat Howard. Then-captain Steve Smith and his deputy David Warner were banned for 12 months, and batsman Cameron Bancroft for nine months for their roles in the incident.

“We look forward to continuing the important process of recovering and rebuilding for Cricket Australia and Australian cricket,” Eddings said.

“The board is keenly aware that we have a way to go to earn back the trust of the cricket community. We and the executive team are determined to make cricket stronger,” he added.

Former CA chief executive Malcolm Speed has called for Mark Taylor, a respected former captain and current board member, to take over as permanent chairman.

“David is the first to have come out of the corporate world rather than out of the cricket world and I think in this crisis that’s what’s shown here,” Speed said this week.

“Now, it’s not a hiccup, it’s much more than that, and my response to that was when I saw that interview and I thought Australian cricket can do better in choosing its chairman.” Peever has been a polarising figure and was widely criticised for his handling of a bitter 2017 pay dispute.