Ball-tampering row: Why there isn’t much difference between Salman Butt and Steven Smith 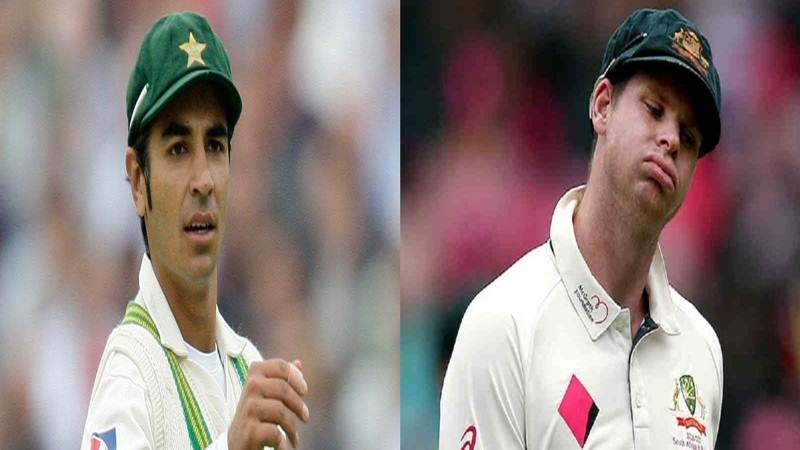 March 24, 2018, Newlands, Cape Town: Australian Test cricket team, under the leadership of Steven Smith, premeditate and decide to tamper the condition of the ball to try and win a game of cricket. This decision was taken by Smith and leadership group (still ambiguity about players in the leadership group) to influence the match. We all know the details, so I will not get into it, but now in the aftermath of this row, Smith has been banned for one Test match and fined 100% of his match fees and was asked to step down during the match.

Why is everyone shocked and appalled at the behaviour of the Australian team? The big, burly Aussies have over the years played very hard but fair cricket and the whole cricketing community admires them for that. But, the act committed by Smith is not only cheating but also flouting the spirit of the game and bringing the game into disrepute. Smith as a leader of the group knows all about the legalities and rules of the game and still decides to blatantly cheat is quite obnoxious. The perpetrated act of tampering was done by the junior most player i.e. Cameron Bancroft and after it was shown on television that prompted Smith to admit his guilt.

Watch Video: Cameron Bancroft tampering with the condition of the ball

Now going back to 2010, where during the English summer match between England vs Pakistan at Lord’s, Pakistan captain Salman Butt instructed his two bowlers Mohammad Amir and Mohammad Asif to deliberately ball no balls and commit spot-fixing. I know you can’t compare match-fixing and ball tampering, but it was also premeditated and Butt had also chosen his rookie player in Amir to do the match-fixing. Butt also tampered with the integrity of the game and also ruined the careers of Asif and Amir.

So, what next for Steven Smith? Smith is currently one of the most highly rated batsmen in world cricket and one of the highest paid cricketers worldwide. When you hear Smith’s interviews he comes across as humble, down to earth and a nice genuine human being. But, sadly for Aussie skipper he has been a habitual offender {last year vs India, brain fade (DRS row)}. If last year was brain fade then it has to be super super brain fade multiplied by thousand times. Nobody has a problem with the Aussie brand of cricket, but in the garb of competitive cricket, you cannot cross some lines and if you can dish it out then accept to take it as well in your stride (read: David Warner).

In cricket, a captain is the ultimate and spare a thought for poor Bancroft, who is just starting his career and has to do this unethical job to keep his place in the team and what other option did he have? The so-called leadership group (roughly it includes David Warner, Mitchell Starc, Josh Hazlewood, Nathan Lyon and coach Darren Lehmann) have to be made accountable and one-match ban for Smith is a slap on the wrist and Cricket Australia has to put in a place some robust system that it doesn’t happen again and Smith can’t captain Australia ever again. The Australian team has been involved in many controversies over the years, but this act of premeditated and planned cheating is just not on and if a country’s prime minister gets involved then something is seriously wrong.

Cricket has been played since 1877 and even after 140 odd years we still call it a gentlemen’s game and the act committed by Smith has tarnished the image of the game very badly. Salman Butt was a fixer and Smith might not have committed any fixing, but both of them played with careers of young men (Amir, Bancroft) just to make money or win a cricket match in Smith’s case and as a result of it Pakistan and Australia suffered great consequences. There are millions of kids who idolise Smith and by doing this Smith has let millions of cricket enthusiasts down. The charge of ball tampering will forever remain a blot on Smith’s career.