Back to Bedlam! Ram Gopal Verma 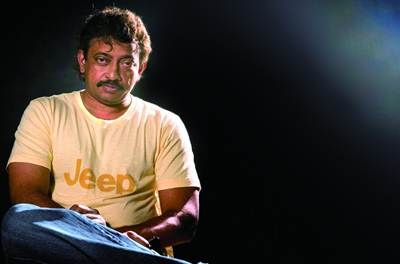 “I am planning SARKAR 3, and I am doing a film with Vivek Oberoi which is about a gangster,” says Ram Gopal Verma, who is elated about bringing Veerappan back to life with his film. Pratishtha Malhotra digs deeper to discover how the filmmaker was born again!

Tough Act!
The toughest thing with a film like this is for the actor who has taken it upon himself to play Veerappan. For a normal guy who lives in city to come and be a part of the jungle, literally so much so that he has embraced it… Also, to not become conscious of the terrain and the things that come with it. For me, more than the physical aspect, the complexity will be the story that happened as he died in 2004. To be able to gather information from so many sources – some of it could be false, some conflicting – and then to get to the bottom of it. Some bits could offend some people and challenge what I am showing in the film… The analysis of all of that and to reach a conclusion is the difficult part. Many times watching Veerappan through the camera felt like he had come alive! Now when you googleVeerappan’s name, Sandeep (the actor who has played the part)’s picture shows. Except for Wikipedia, everywhere else you find Sandeep as Veerappan now. Many times I felt that the spirit of the original person was coming back. We did shoot on actual locations for some portions too.

Operation Code!
You know, there were as many as four operations conducted to catch the man. From the normal operation to something called Covert in which the identity is not disclosed as they are wearing civilian clothes. One is called the Code operation where only one person is given the job and he would take people of his choice – even the police don’t have much information about this intelligence operation. Many teams like this were working on the Veerappan case. Most of the things that they did were never put on record. When I met people involved, only on condition of anonymity were they able to share information and that is how I gathered most of it. There are many books, documentaries made on him in Tamil and Kannada but what you will see in this film would be something that you haven’t heard of. 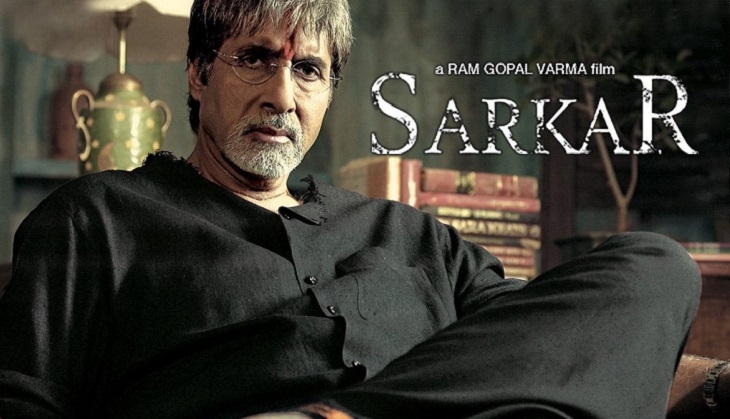 Script Strictures
I would feel emotion so strongly when I conceived the script on this real life person. I would make the actor understand this in a way for maximum effect; sometimes I would also leave it to the interpretation of the actor. Honestly, I do a lot of improvisation. Strangely, ever since I started working on bound scripts my films started to flop! We never had a script for SATYA, for RANGEELA I only had half a script and so it was with COMPANY. From 2006 onwards I started working on bound scripts and my films started flopping. I don’t know if there is a correlation or a coincidence (Laughs). You can’t say it as a general rule but film is an emotional experience and needs to create hype. It can scare you, make you laugh, make you cry… so if you go on creating those moments and have a grip on the characters you have got it. For SATYA, I never had the script but an excellent grip on the characters. When you make it very bound and try to do everything down to the last word, then a certain metallic aspect is bound to come in while filming it. It is a very difficult process to understand.

Many Versions… And The Truth!
I’ll tell you the challenge of making a non-fiction like VEERAPPAN… I met four different people who had met him. One guy told me that Veerappan was the most dangerous person one could imagine. The other told me that he was the funniest guy he had ever met.  The third guy told me that all of it was just a façade as he was not half as gutsy as people made him out to be. Now all of them had interacted with him, how could you have four different versions of the same man? But then I thought, we all have different impressions of people we meet depending on what time in life we have met them. Also it depends on the impression he wanted to create on the person at that time. Two wildlife photographers who had encountered him told me that he used to mimic animals and make them laugh and once when some guy came to negotiate something peacefully, he cut his head off.  Maybe he was in that mood that day, like everyone has a bad hair day! He is unpredictable, canny just like an animal, so you cannot plan your move. One police officer told me that the biggest mistake they made was to think he was very intelligent and to use their energy outsmarting him. Later they realised that he was a kid and you cannot outsmart a kid! The kid is not thinking but just doing it on impulse. But I have to capture the spirit of a man over 20-25 years and record it, even if the pattern is erratic. I can’t put two comedy scenes and two fight scenes in because some said he was funny and some said he wasn’t. It is easier in fiction because in that case, I am designing how he will behave.

Perspective Matters
It is about perspective, how I want to look at a certain character. Like here I want to look at him from the perspective of the policemen. So whatever I am hearing about how to catch him, I might apply somewhere. If I take a psychiatrist’s approach, my aim would be to understand him and not catch him. If I tell the story from his wife’s point of view, it will be very different. If you sit with her for an hour and talk about him, you will fall in love with him. He actually told her that he protects the forest (Laughs). That is the decision that you want to make in the beginning.