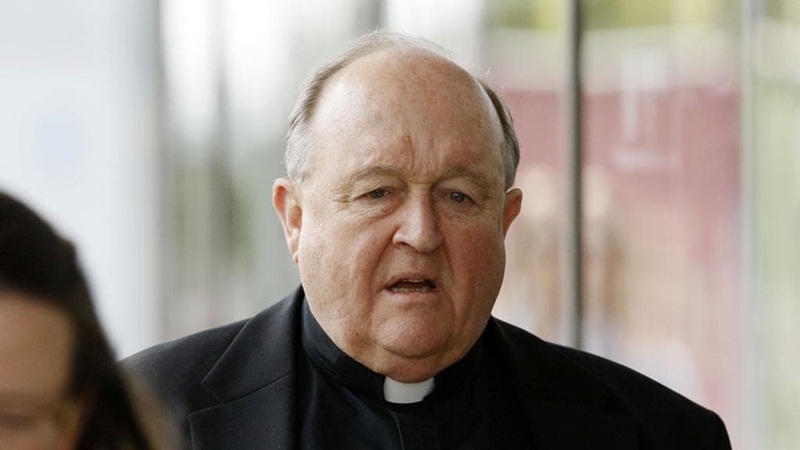 Canberra: A Catholic archbishop in Australia was on Tuesday given a maximum sentence of 12 months in detention for concealing child sexual abuse in the 1970s. Philip Wilson, now archbishop of Adelaide, is the most senior Catholic globally to be convicted of the crime, the BBC reported.

He was found guilty by a court in June of covering up abuse by a paedophile priest in New South Wales. On Tuesday, the court ordered Wilson to be assessed for “home detention” — meaning he will probably avoid jail. Magistrate Robert Stone said the senior clergyman had shown “no remorse or contrition”. He will be eligible for parole after six months, the BBC report said. Wilson has not resigned as archbishop, despite relinquishing his duties in the wake of his conviction.

In May, a court found he had failed to report his colleague James Patrick Fletcher’s abuse of altar boys to police. Wilson, then a junior priest in the Maitland region, had dismissed young victims in a bid to protect the Church’s reputation, Magistrate Stone ruled. Fletcher was convicted of nine child sexual abuse charges in 2004, and died in jail two years later. During his trial, Wilson denied that he had known about Fletcher’s actions. The archbishop’s lawyers had sought to have the case thrown out on four occasions, citing the 67-year-old’s diagnosis with Alzheimer’s disease.

One of his victims, former altar boy Peter Creigh, told the court he had described the abuse to Wilson in detail in 1976, five years after it took place. Magistrate Stone rejected Wilson’s claims that he had no memory of the conversation, and said he had found Creigh to be a reliable witness. Another victim, who cannot be named, testified that Wilson had told him he was telling lies, and to recite 10 Hail Mary prayers as punishment. Stone also ruled that Wilson would not be granted parole until he reached half of the sentence, Efe news reported. Stone adjourned the decision on the request for Wilson’s home detention to August. Judicial sources did not clarify whether Wilson would enter prison.