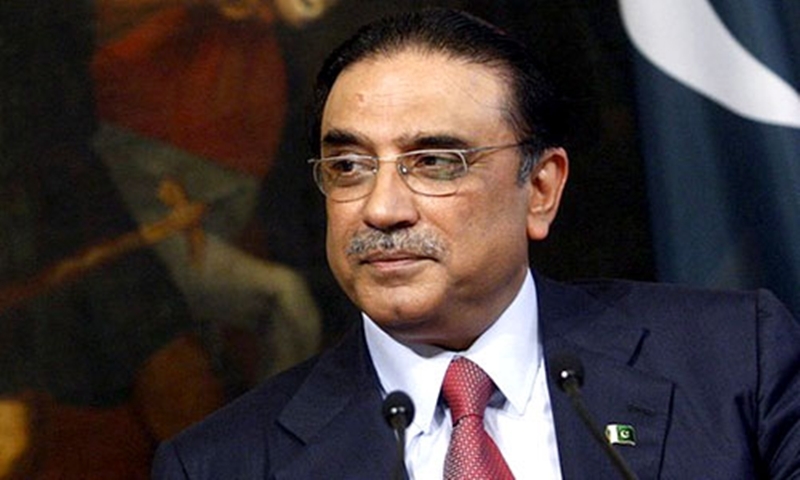 Islamabad: In a relief to Pakistan’s former president Asif Ali Zardari, a banking court on Friday extended till January 7 the pre-arrest bail of PPP co-chairperson in a case pertaining to alleged laundering of Rs 414 crore through fake bank accounts. Zarari, 63, along with his sister Faryal Talpur appeared in the banking court in Karachi to seek extension of the bail before arrest which expired on Thursday. The court after hearing argument extended the bail of Zardari and his sister till January 7, according to their lawyer Farooq H Naek. Zardari and Talpur are facing probe as part of larger investigation about dozens of fake bank accounts which were allegedly used for money laundering.

During the hearing, the Federal Investigation Agency informed the court that the Supreme Court ordered a Joint Investigation Team (JIT) to investigate the matter which already submitted its report to the apex court. The banking court later adjourned the hearing after extending pre-arrest bail until the Supreme Court issued direction about the case in the light of JIT report. Zardari’s Pakistan Peoples party has accused government of targeting the former president and his sister as part of political vendetta.

“We have seen the court’s good and bad eras as well as their good and bad decisions. We are mentally prepared for everything but our media trial is being conducted,” PPP leader Syed Khursheed Shah told media. A large number of supporters of Zardari were also present in the court premises who raised slogans in his favour. But the court expressed displeasure at the presence of political workers. Elaborate security measures were taken on the occasion to avoid any untoward security situation.