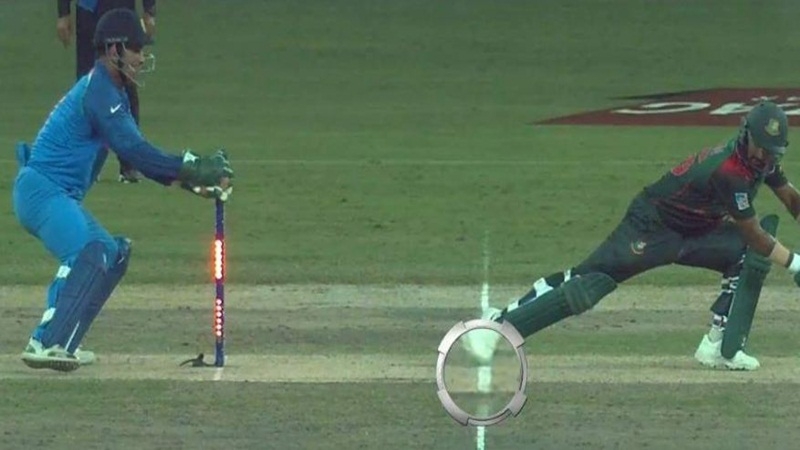 The Asia Cup 2018 final between India and Bangladesh was a nail-biting event to watch. Although India won the match in the end, it was a very closely-fought match between both the teams. Bangladesh could only score 222 runs in the first innings after their batting collapsed after the dismissal of opener Liton Das, who struck a century.

Liton Das’ dismissal became a talking point on social media and created uproar among cricket fans around the world. Das was stumped by MS Dhoni on Kuldeep Yadav’s ball and it was a very close call. When the matter went to the third umpire, he took a lot of time to analyse and finally gave out as the decision.

However, replay showed that the dismissal was too doubtful and umpire could have given the decision in batsman’s favour. Fans felt that the benefit of doubt should have been given to the batsman and when this did not happen, they started bashing International Cricket Council (ICC) on Twitter. Fans renamed ICC as Indian Cricket Council in a way to roast the world cricket body. The anger of fans was visible on Twitter. Below are some of the tweets.

Is Icc’s full meaning “Indian Cricket Council “.
In every Icc events India get advantage from Icc and Umpires. Not only that India played whole tournament in same ground. #LitonDasWasNotOut#ShameOnYouICC#StopCheating#StopFavouringIndia pic.twitter.com/VhLk1SJbFx

Shame on you #ICC for representing yourself for #Indian_Cricket_Council#icc #INDvBAN pic.twitter.com/ytXfcFjhcx

It is no secret that the richest cricket body BCCI has a massive say in operations of ICC. Liton Das’ wicket in India’s favour was controversial and thus it became a talking point for fans. With Liton Das’ wicket, the collapse of Bangladesh team started. After a great start by openers Mehidy Hasan and Das, who put on 120 runs together, Bangladesh lost the momentum later and managed to score only 222 runs in the end. Das scored 121 runs from 117 balls, more than half of team’s score. India team also had a tough escape in the end, when they claimed victory on the very last ball.