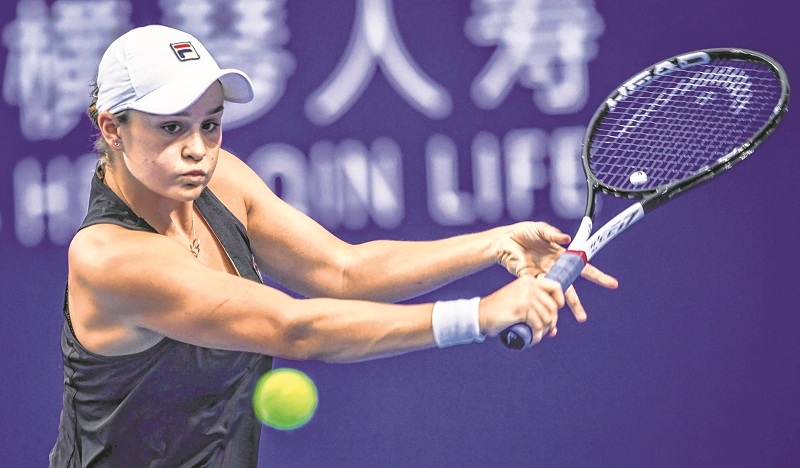 Zhuhai (China): Australia’s Ashleigh Barty beat an out-of-sorts French number one Caroline Garcia to keep her semi-final hopes alive at the WTA Elite Trophy on Thursday. Ninth seed Barty broke Garcia once in each set to win the round-robin tie 6-3, 6-4 in one hour and 16 minutes in Zhuhai, southern China. Barty, who lost to Aryna Sabalenka on Tuesday, now has to wait for the outcome of Garcia and Sabalenka’s match to see if she will progress to the semi-finals on Saturday.

“It’s out of my hands,” Barty said in her post-match press conference. “I just have to sit back and watch tomorrow. But I’m certainly pleased to have had the year we’ve had and really nice to finish on a positive note today.” She said she was in a “win-win situation”, being able to “play with freedom”, but knowing that if she lost she could still go home at the end of the season. Garcia, 25, was crowned champion in Tianjin in October, but she was unable to bring that form into her opening match at the Hengqin International Tennis Center.

The world number 18, seeded eighth, said she had some back pain coming into the tournament, and felt her legs weren’t moving the way she wanted on court. “It was a very difficult match for me today and I think she played great.” The Elite Trophy features 12 players ranked roughly from nine to 20. This year’s total prize money is $2.35 million across the singles and doubles tournaments.