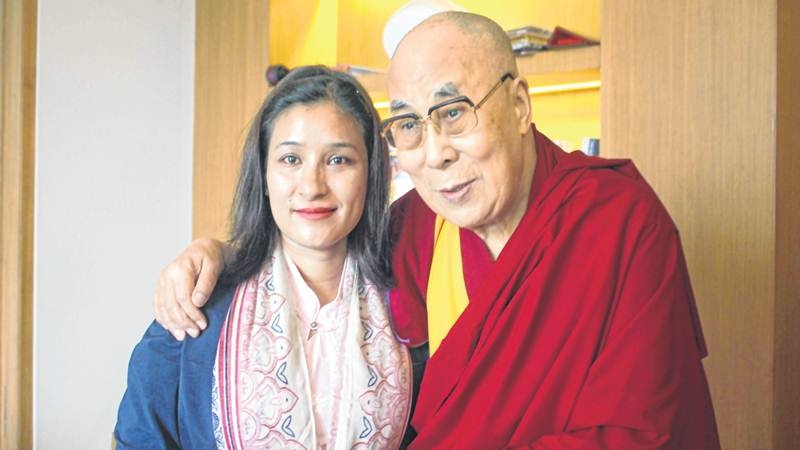 Itanagar: Arunachalee climber Anshu Jamsenpa on Sunday scripted history by scaling Mt Everest twice within five days. Jamsenpa, a mother of two, had conquered the world’s highest peak for the fourth time on May 16 last.

She began her double ascent on Friday morning, her husband Tsering Wange informed. Jamsenpa along with Nepali climber Furi Sherpa scaled the peak at 8 am on Sunday. The mountaineer from Arunachal Pradesh had reached the top of Mt Everest at 9.15 am on May 16 last.

Anshu had also climbed Mt Everest in 2013 from the Nepal side. “My only aim now is to unfurl the national flag once again atop Mt Everest and pay homage to Lord Buddha. I seek blessings and support from my fellow countrymen,” Jamsenpa was quoted by her PR manager as having said before starting her second ascent.

Prayers were organised in several monasteries and temples back home in Arunachal Pradesh and elsewhere in the region. Tibetan spiritual leader the Dalai Lama had flagged off the mountaineer’s double ascent expedition from Guwahati on April 2 this year.