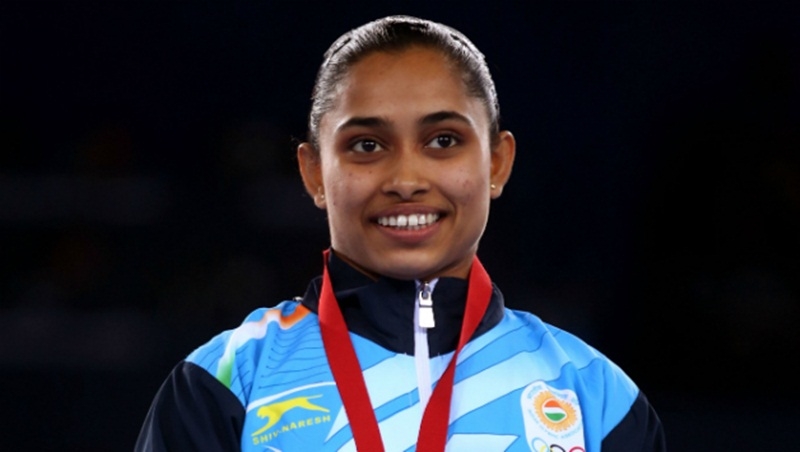 New Delhi: Indian gymnast Dipa Karmarkar on Saturday claimed a bronze medal at the vault event on the third day of the Artistic Gymnastics World Cup in Cottbus, Germany. The 25-year-old from Tripura, who had an injury-marred campaign at the Asian Games, scored 14.316 to secure the bronze in the tournament, which is also a part of the eight-event qualifying system for the 2020 Tokyo Olympics.

Dipa had qualified for the vault finals on Friday, scoring 14.100 to finish at the sixth place out of 16 gymnasts in the qualification. Brazil’s Rebeca Andrade won the gold with a score of 14.728, while USA’s Jade Carey (14.516) bagged the silver. Dipa had won a gold in the vault event of Artistic Gymnastics World Challenge Cup at Mersin, Turkey in July for her first medal after returning to action following a long lay-off of nearly two years.

However, she had hurt her knee again during the Asian Games, missed the vault final and was forced to pull out of the team event. With this performance, the Indian, who had finished fourth at the Rio Olympics, inched closer to qualifying for the 2020 Olympics.