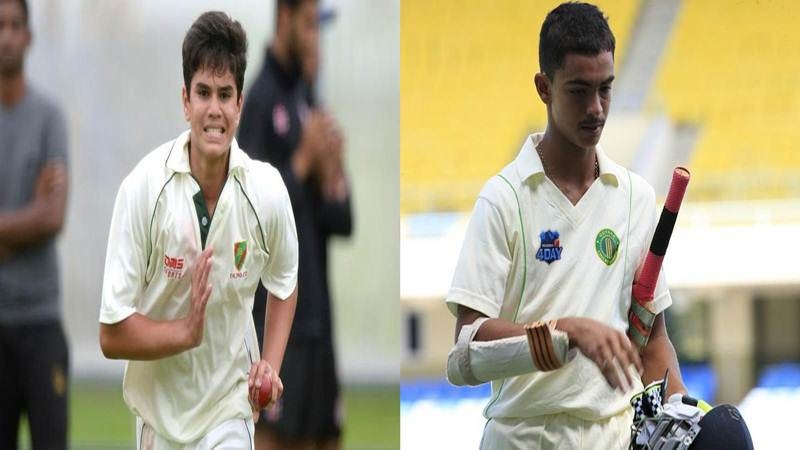 Cricket is a game, which has been played since 1877 and over the years produced players who have redefined and rewrote the rules of the game. The game of cricket rarely sees a generation of players representing their country and we had very few families continuing the legacy of this rich and beautiful game.

Famous father-son duos like Chris Broad and Stuart Broad, Peter Pollock and Shaun Pollock, Micky Stewart and Alec Stewart, Geoff Marsh and his sons Shaun Marsh and Mitch Marsh to name a few, have represented their nation at the international level.

There are many upcoming cricketers who will look to follow the footsteps of their father and make it to the big stage. Here is a look at 7 such cricketers: 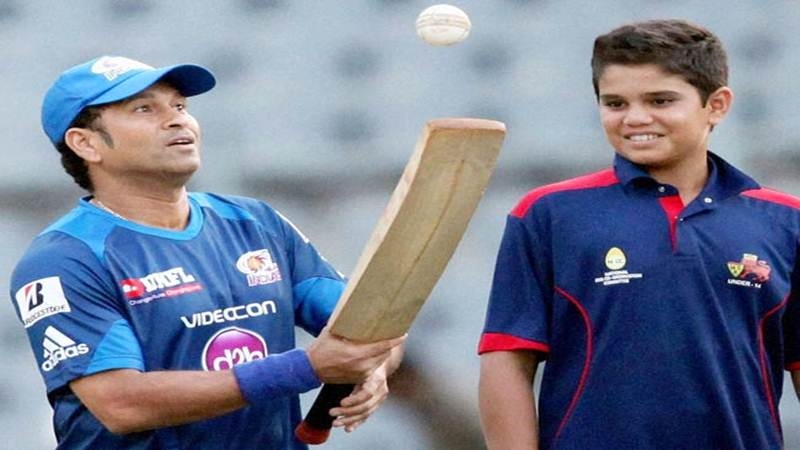 Imagine being the son of world’s greatest cricketer and a player who represented India for 24 years with par excellence and also the recipient of ‘Bharat Ratna’. Arjun Tendulkar has so far managed to carve out his own identity and is becoming a very good cricketer in his own right. The junior Tendulkar is an all-rounder who bowls left-arm pace and is also a strong left-hand batsman. Arjun has come up the ranks and surely will be one to watch out for in the future.

Arjun playing for Cricket Club of India in a T20 match hit 48 runs from just 27 balls and then picked up four wickets in as many overs. The match was the Spirit of Cricket Global Challenge, organised by the Sydney Cricket Ground 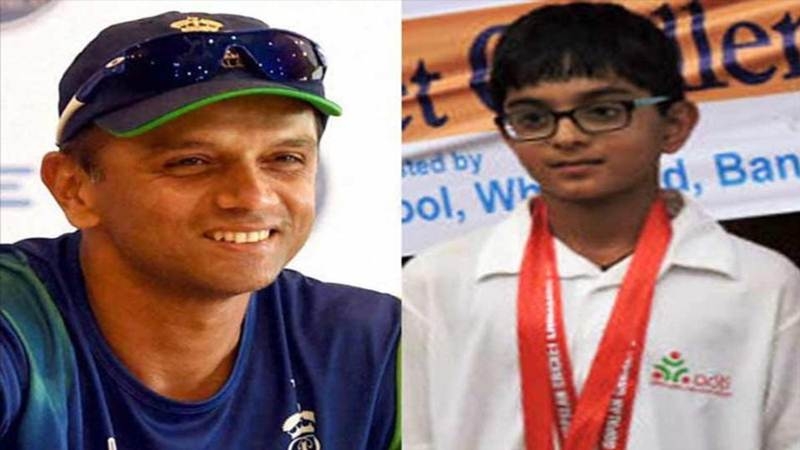 Looks like India can add one more Dravid to its team. Former Indian captain Rahul Dravid was a player of unparalleled class and looks like Samit is following in the footsteps. The junior Dravid, while playing in a Karnataka State Cricket Association (KSCA) BTR Cup Under-14 tournament match, Samit went on to hammer 150 runs for Mally Aditi International School, to help his side in attaining a massive victory over Vivekananda School.

Samit has been climbing the ladder through age group cricket and given his father’s presence, it might be a beginning of an exciting journey for the new wall. 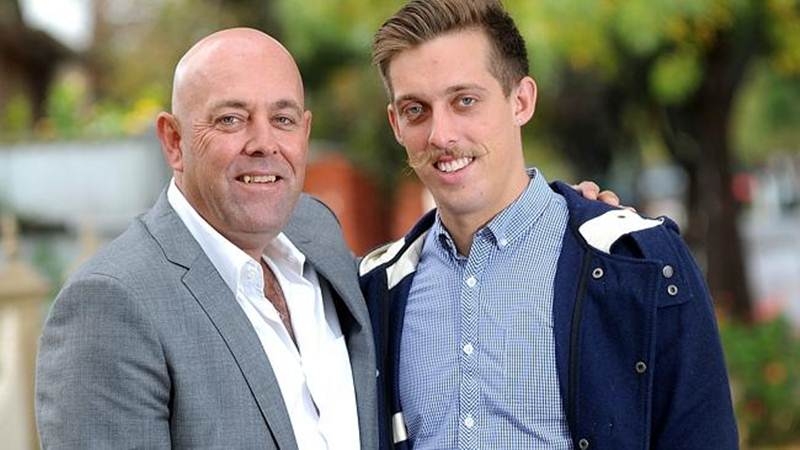 The son of former Australian batsman and current Australian head coach Darren Lehmann is strongly stating his claims to play for the national side. The 24-year-old left-hand batsman is a middle-order batsman like his father Darren and has represented South Australia at the domestic level, where he averages around 42 with the bat in 32 First Class matches.

Jake is strongly building his claims to make his mark in international cricket and pretty soon junior Lehmann might play under coach Darren Lehmann. 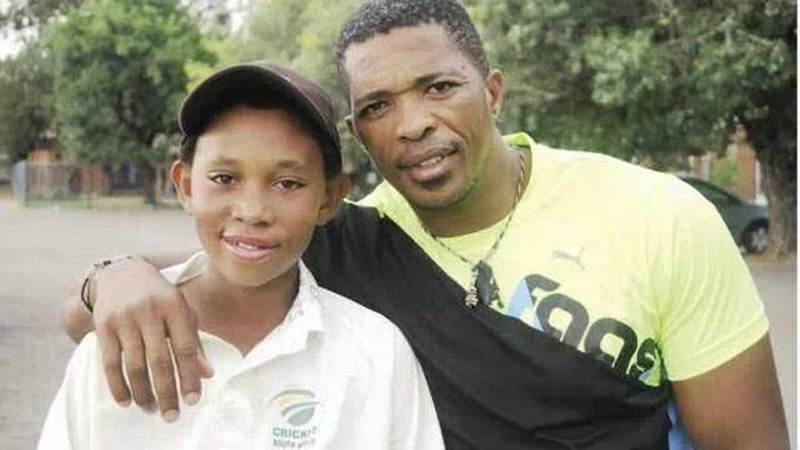 After the abolition of apartheid in South Africa, Republic of South Africa finally became a unified and diverse country. Makhaya Ntini (black African) represented South Africa with distinction and became a face of the new South Africa. Thando Ntini certainly has big shoes to fill, but the spark and exuberance is there.

Thando, like his father Makhaya, is a right arm fast bowler who has been selected to represent South Africa in the Under 19 World Cup which is scheduled to be held in New Zealand next month. 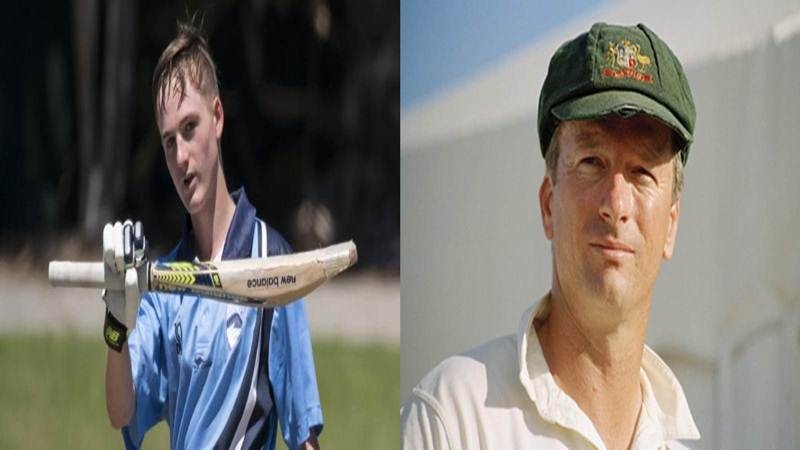 Steve Waugh was a polarising figure in his playing days and coined the term ‘mental disintegration’ for sledging. The calm and composed Waugh played with zeal and fire and now he has passed the baton to his son Austin. Austin has been selected in the Australia U 19 squad for the Under 19 World Cup in New Zealand in January 2018. Austin is an all-rounder like his father, bats in the middle order and bowls medium pace.

The rich family name will no doubt put pressure on Austin, but if he achieves half what his father achieve then Waugh senior will be pretty happy. 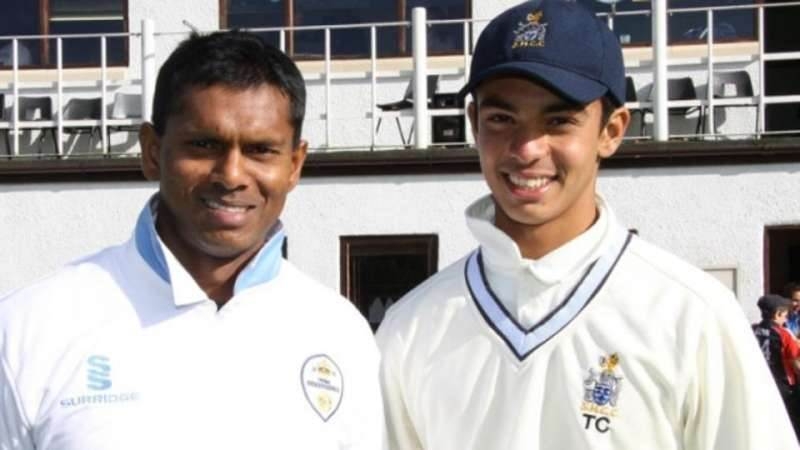 Tagenarine, son of legendary Windies batsman Shivnarine Chanderpaul, is a seriously good player and had the distinction of batting alongside his father in a cricket match.

Tagenarine has represented West Indies at the Under-19 World Cup in the year 2014. Since then, the 21-year-old has represented his domestic team Guyana in 16 First Class matches. Though he averages a mere 25.20 in First Class cricket, he has got it in him to make it to international cricket. 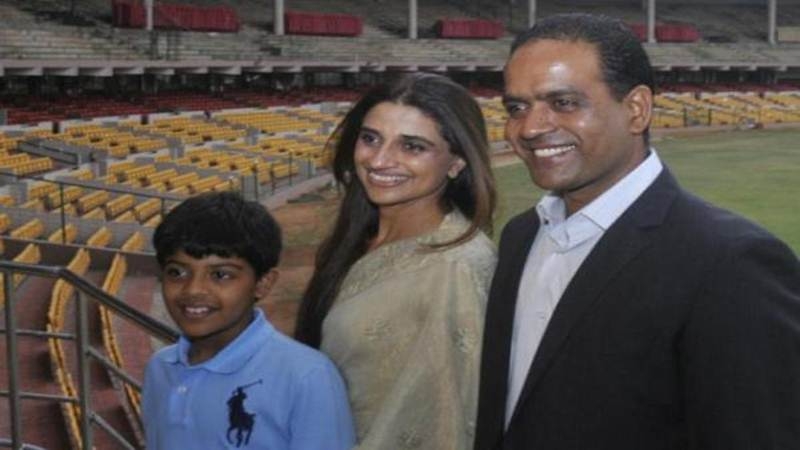 Former Indian spinner Sunil Joshi played alongside his Karnataka teammate Rahul Dravid in the Indian team and now it looks like their sons might do the same. In an under-14 match where Samit scored 150 runs, Aryan Joshi beat him and notched up 154 runs.

Both the youngsters have a long way to go, but Aryan has shown a spark at such a young age and the pressure will only grow from here on, and it will be crucial for Aryan to churn up runs through teen cricket to progress through the next level.