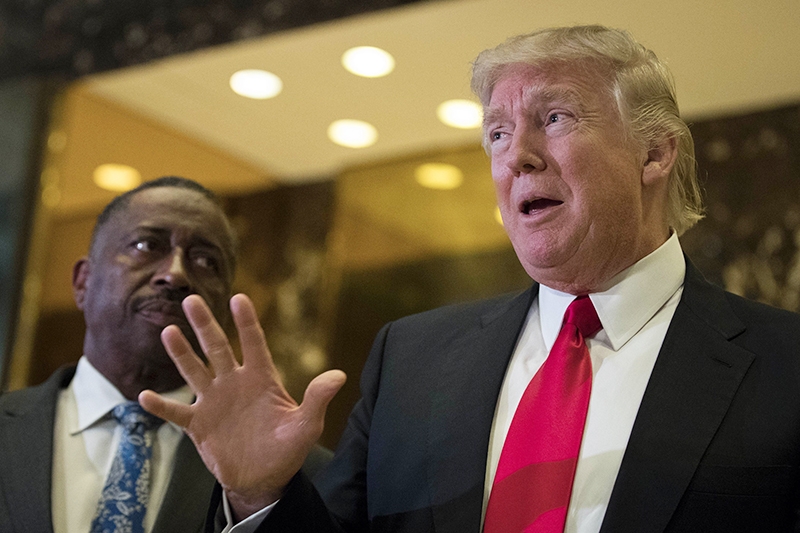 Los Angeles: President-elect Donald Trump was hit with a defamation lawsuit by a former contestant on his reality television show “The Apprentice” who had previously accused him of sexual misconduct.

Summer Zervos’s yesterday’s lawsuit claims that Trump – set to become the 45th US president on Friday – lied when responding to allegations that he tried to kiss and grope her without her consent.

Trump has “debased and denigrated Zervos with false statements about her,” the lawsuit says. Trump, who faced a series of sexual misconduct accusations during the campaign, has denied any wrongdoing and vowed to sue the women behind the claims.

“All of these liars will be sued after the election is over,” Trump said at a rally in Pennsylvania in October. He has yet to file suit. Zervos’s attorney Gloria Allred said her client, who had previously said she would not take any legal action against the president-elect if he didn’t sue, had a change of heart as Trump has shown no remorse for his alleged behavior and had “lied” further to cover it up.

“It was Donald Trump who was lying when he falsely denied his predatory misconduct with Summer Zervos, and derided her for perpetrating a ‘hoax’ and making up a ‘phony’ story to get attention,” according to the suit filed in New York.

“In doing so, he used his national and international bully pulpit to make false factual statements to denigrate and verbally attack Ms Zervos and the other women who publicly reported his sexual assaults in October 2016.”

Zervos is asking that Trump retract or apologize for the statements he made against her. She is also asking for compensatory and punitive damages in an amount to be determined at trial.

In a statement read to reporters in Los Angeles on Tuesday, Zervos said she would be willing to drop her suit if Trump “will simply retract his false and defamatory statements about me and acknowledge that I told the truth about him.”

Zervos last year revealed that  Trump had made unwanted sexual advances toward her when she met him at the Beverly Hills Hotel in Los Angeles in 2007 to discuss career opportunities. Trump moved toward her aggressively during the encounter and touched her on the breast but she rebuffed him, she alleged.

Zervos and several other women who made similar allegations came forward after a 2005 videotape of Trump bragging about groping women surfaced during in early October. The president-elect claimed his comments on the tape were “locker-room banter,” and denounced the sex assault allegations as lies and fabricated stories.