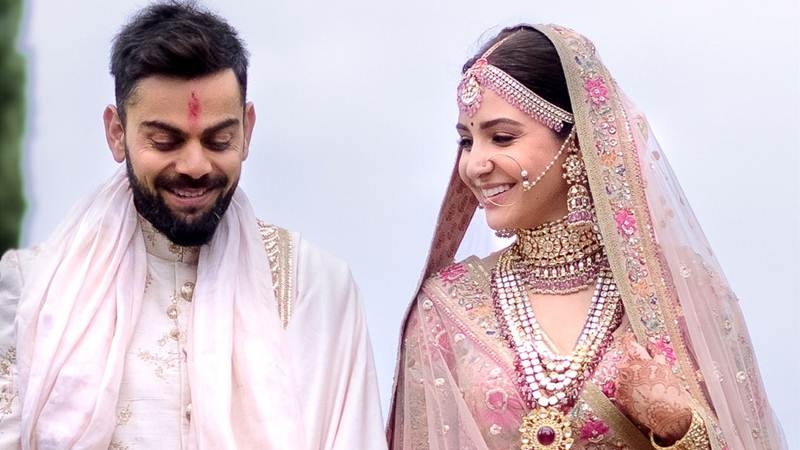 The year 2017 has been one of dreamy weddings. Romantic goals apart, celebs have also given couples major fashion goals! With so many celebrity marriages happened this year, 2017 is a year to remember. It was ‘Golmaal Again’ actor Neil Nitin Mukesh who kick-started the wedding season this year by tying the knot with Rukmini Sahay and Indian skipper Virat Kohli and Anushka Sharma ended it with a delight. Virushka, as they’ re fondly called as tied the knot recently and their wedding and pre-wedding pictures have broken the internet but there were other celebs too who tied the knot.

Here we bring to you top brides of 2017 and their wedding that were the perfect example of a Big Fat Indian wedding. Beautiful brides, good looking grooms, exotic locales and everything else – these weddings were nothing less than a gala affair. 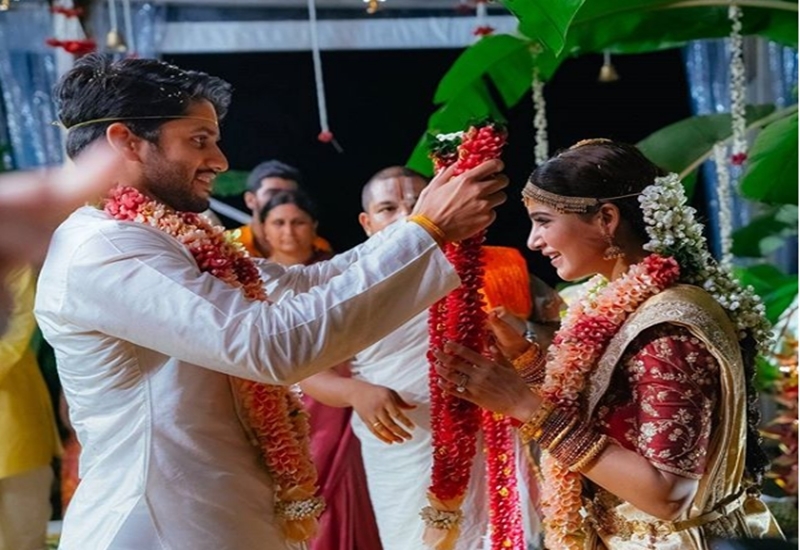 The most adorable and loved couple from South, Naga Chaitanya and Samantha Ruth Prabhu tied the knot in two different rituals. For her Christian wedding, Samantha picked a ravishing white boat neck gown and for her Hindu wedding, she wore a golden banarasi saree with red embroidered blouse by Sabyasachi and traditional ethnic jewellery. It was really a delight to see Samantha in both looks which she carried out with so much ease. 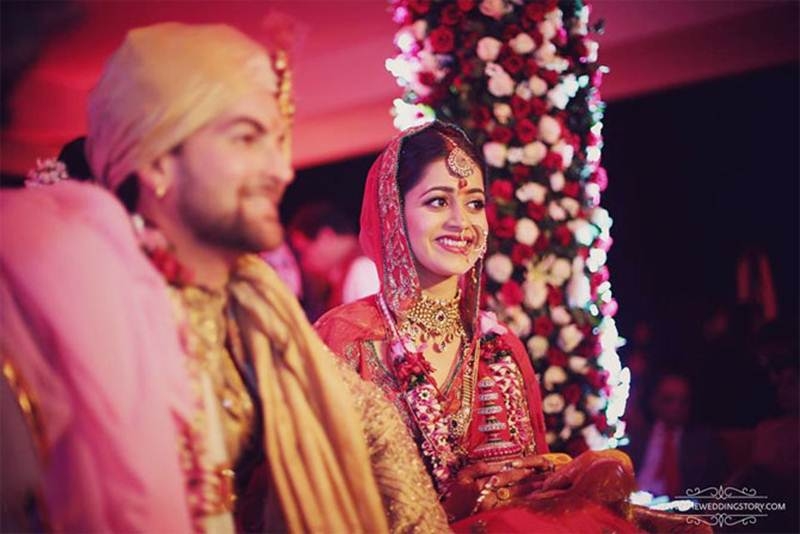 Bollywood actor Neil Nitin Mukesh, unlike the other celebs, chose the arranged marriage path. Neil tied the knot with Rukmini Sahay in a grand destination wedding in Jaipur. The wedding was the talk of the town and everyone was eagerly waiting for their wedding. And they were finally pronounced as mister and missus on February 9, 2017. 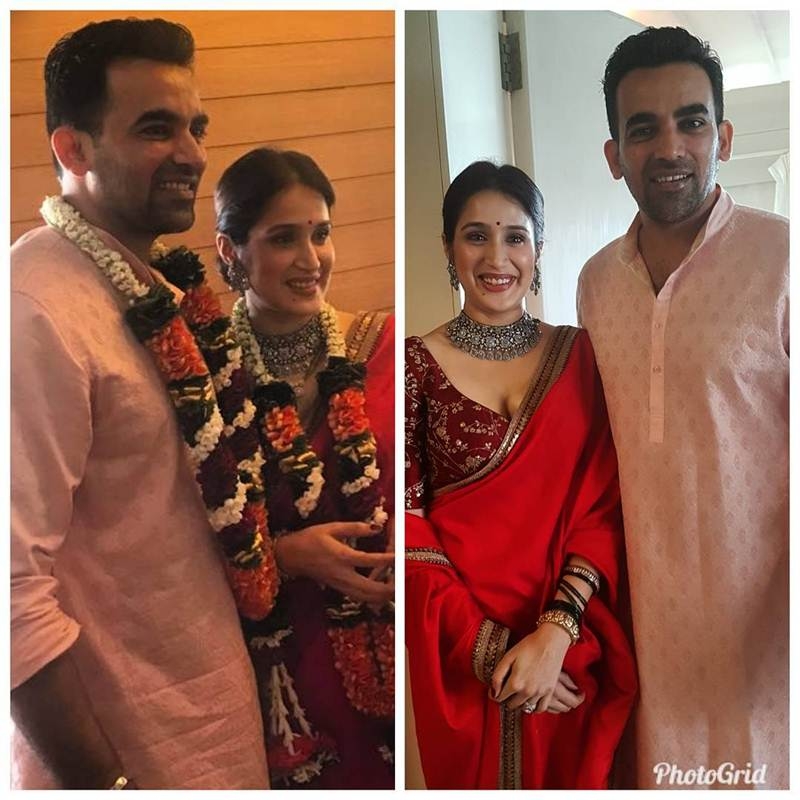 One of the most awaited weddings of this year would be undoubtedly of former Indian speedstar Zaheer Khan and ‘Chak De! India’ actress Sagarika Ghatge. The duo had a court marriage and later went ahead to celebrate their mehendi and cocktail functions followed by a reception. Sagarika wore designs by Sabyasachi Mukherjee. First she started with a red plain saree for court marriage and ended it with a Banarasi lehenga hand-embroidered with zardosi along with a Maheshwari dupatta. 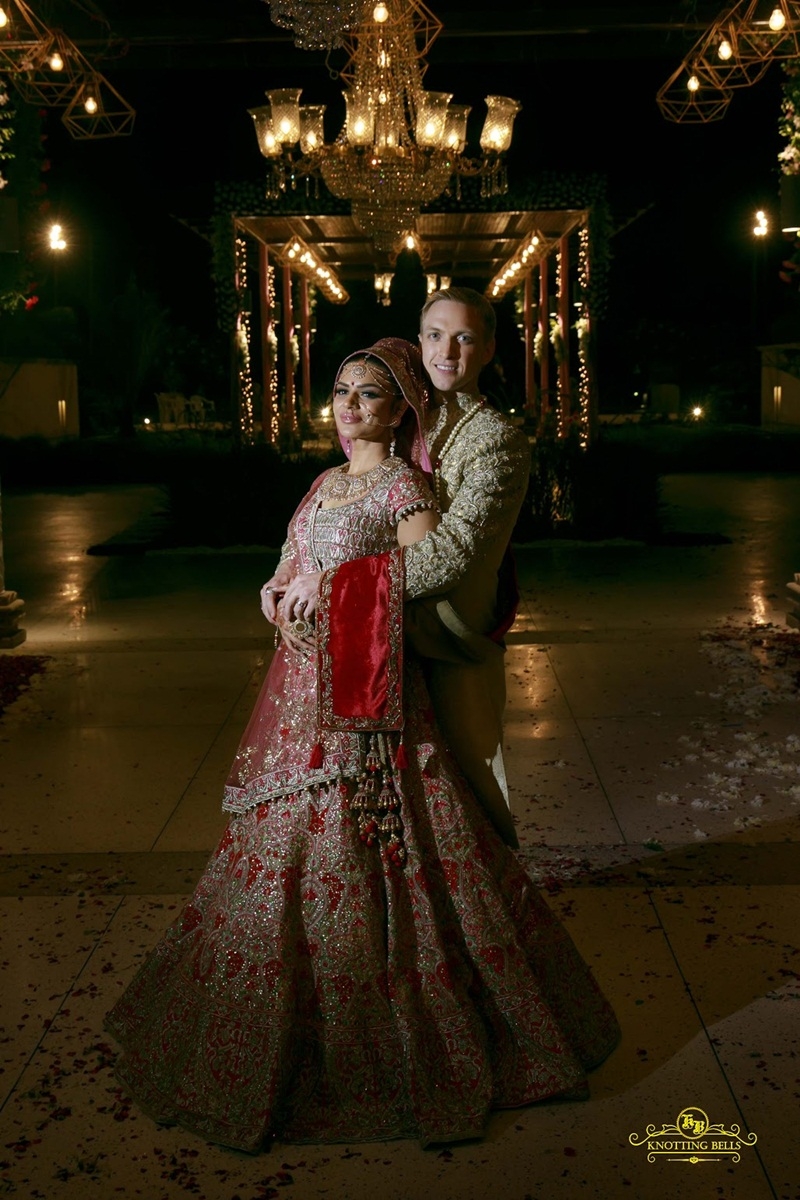 ‘Naagin’ actress Aashka Garadia tied the knot with American beau Brent goblen recently in different rituals and the wedding pictures were treat to eyes. For her Hindu wedding, Aashka chose an elegant yet heavy lehenga-choli with intricate embroidery. Aashka looked like a fairy on her white wedding and like a queen on her Hindu wedding. 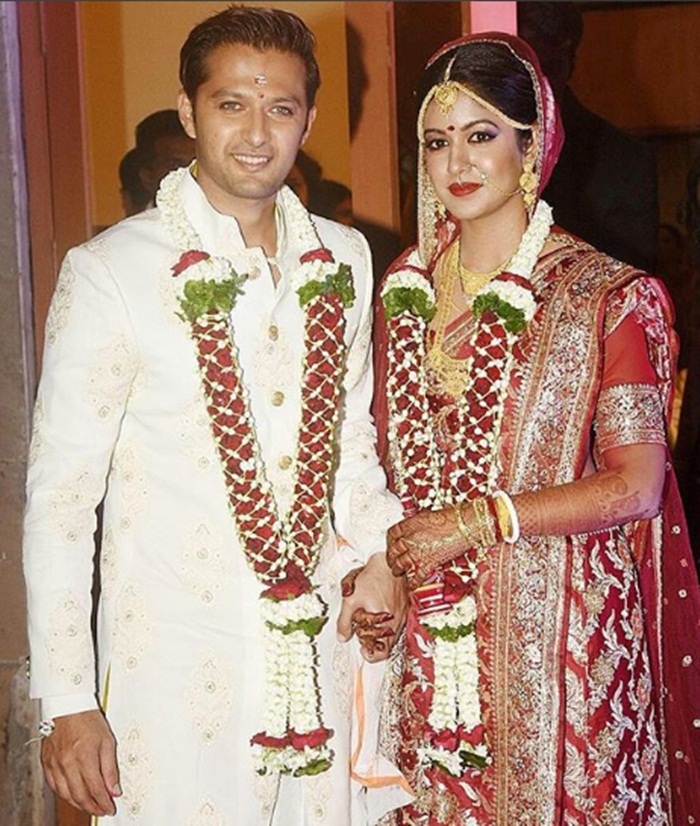 ‘Tarzan’ fame Vatsal Seth and ‘Firangi’ actress Ishita Dutta gave a pleasant surprise to the fans when the duo announced their hush-hush wedding at ISKCON temple. Though it was kept a secret from the media and their fans, but some of the industry people knew about it and were present at the wedding to bless the couple. For the wedding, Ishita chose tradition red saree with not so heavy looking jewellery. 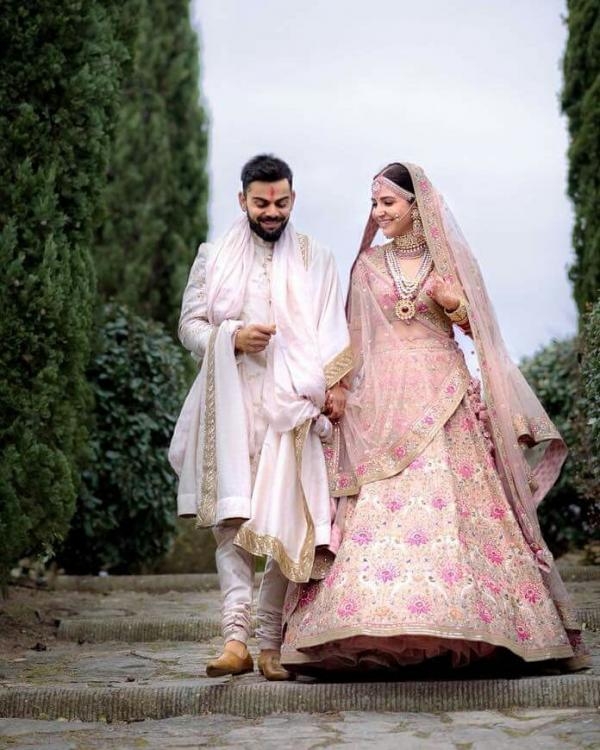 This was the most-awaited wedding ever. There were rumours of Virat Kohli and Anushka Sharma tying the knot secretly in Itlay and the couple confirmed the news by sharing a picture from their wedding on Twitter. Anushka’s pink lehenga with renaissance embroidery in vintage English colors embellished with silver-gold metal thread, pearls and beads was a delight. Anushka stuck to basic silhouette, simple colour palette and nothing extraordinary. 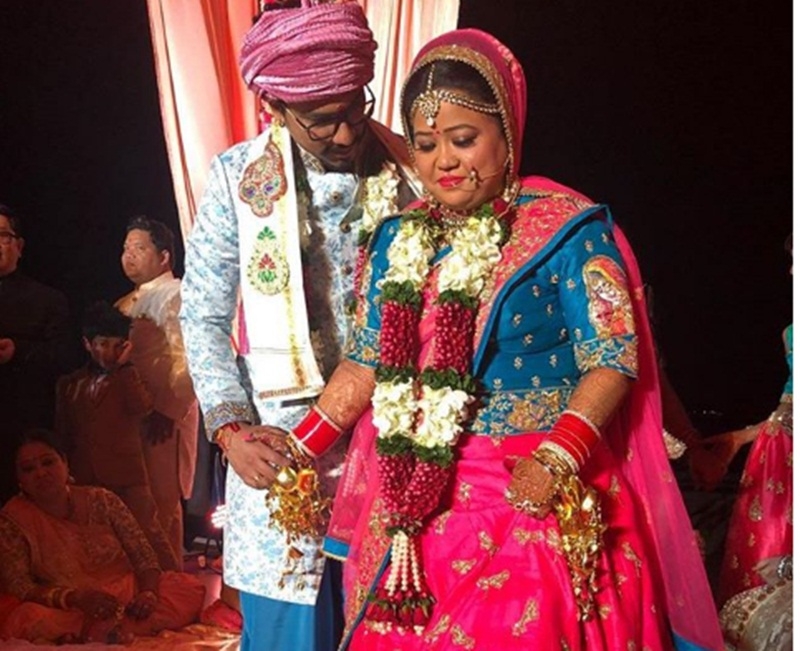 India’s favourite comedian Bharti Sig tied the knot with Harsh Limbachiyaa in a lavish wedding in Goa. Bharti’s wedding was to remember, who’s who from the TV industry attended the wedding. For her D-day, Bharti chose heavy embroidered pink lehenga and she was looking beautiful in it.