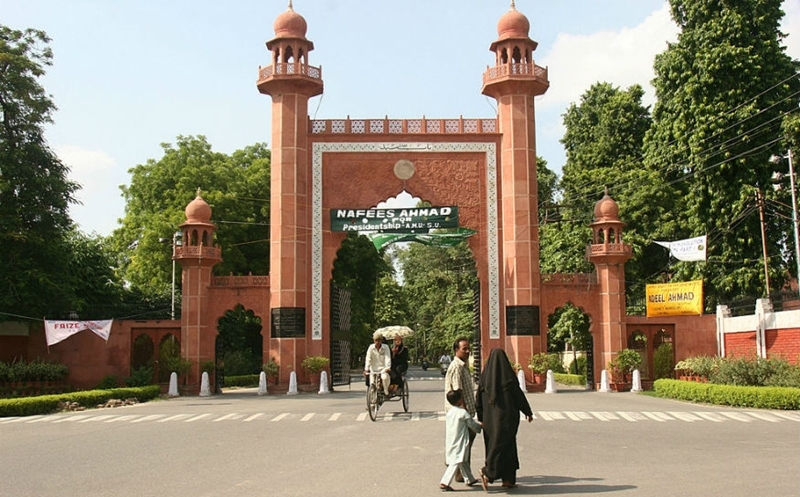 Aligarh (UP): Leaders of the AMU students’ union today threatened to launch a fresh agitation if their demand for a judicial inquiry into the violence on the campus over a portrait of Pakistan founder Mohammed Ali Jinnah is not fulfilled.

Hours after calling off their three-day hunger strike and 15-day dharna, President of the AMU Students Union, Mashkoor Ahmad Usmani told reporters that “this should not be viewed as an end to our agitation but as preparation for a possible second stage of our struggle which would be launched, if need at an all-India level, in case authorities fail to fulfil their commitment”.

Usmani claimed their struggle was based entirely on the demand for a judicial inquiry into the violence.

“From the beginning of our agitation, we have emphasised that our protest has nothing to do with the pros and cons of Jinnah portrait. The genie of Jinnah has been buried,”Usmani said without elaborating.

“Our struggle is entirely based on the demand for a judicial inquiry into the police lathi charge on unarmed AMU students and also for stringent punishment to those ‘armed goons’ belonging to right wing Hindutva groups who had entered the AMU campus with an objective of fomenting violence on the campus,” he said.

Nafeesa Begum said she had come to Aligarh just to persuade the AMU students to end their fast because she owed a debt to these students who had stood by her when she was protesting against the Delhi Police for their failure to trace the whereabouts of her son, last year.

Nafeesa had refused to eat anything until the protesters agreed to end their hunger strike.

The vice chancellor assured the students union that he would stand by them in their quest for justice and assured them that he would do his best to ensure their just grievances were addressed by state authorities within a reasonable time.