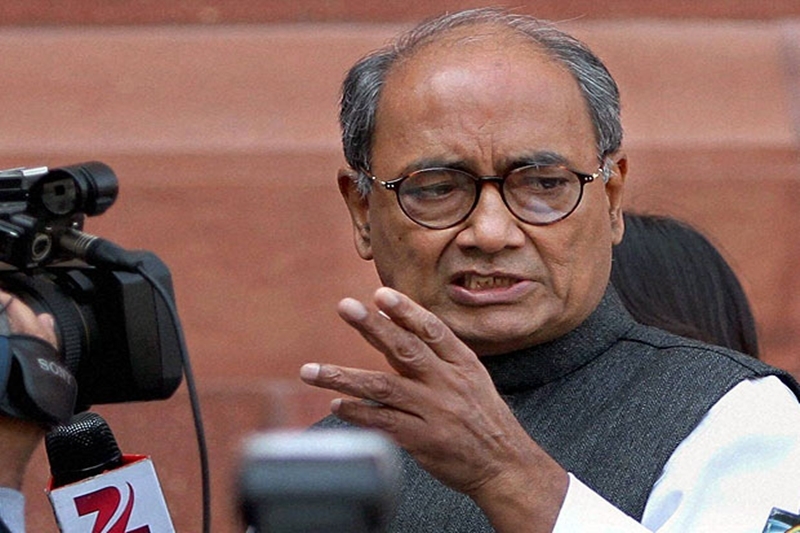 Bhopal (Madhya Pradesh): Dubbing the registration of sedition case against Amnesty International in Bengaluru over anti-India slogans being raised at an event as ‘unnecessary’, Congress general secretary Digvijay Singh today wondered as to why no case has been registered against the Peoples Democratic Party (PDP) leaders who have been raising slogans of ‘azadi’.

Singh, who is the party’s general secretary in-charge of Karnataka, said such laws are of the British era and added that chanting slogans is not a crime.

“To chant slogans is not an anti-national activity. These laws are of the British era. Slogans of ‘azadi’ are chanted by the people of PDP which is Mehbooba Mufti’s party. Why no case is registered against them? The government of Karnataka is rethinking in this matter and I believe that no FIR should have been registered in this case,” said Singh.

The police on Monday filed cases, including one of sedition, against the organisers of a programme that sought to project the human suffering of the Kashmir conflict.

The police on Saturday charged Amnesty International India under Section 124A of the Indian Penal Code, which defines sedition as brings or attempts to bring into hatred or contempt, or excites or attempts to excite disaffection towards the Government of India.

Unnamed representatives of the non-government organisation were also booked under Sections 142,143, 147, 149 (unlawful assembly and rioting) and Section 153 A (promoting enmity between groups).