Shahenshah of Bollywood, yesteryear’s angry young man, and an evergreen superstar – Amitabh Bachchan — turns 75 today. Age is only a number for him — his talents, his magnetic persona is something everyone talks about till date. He has ruled for more than 4 decade in Bollywood. His first release was ‘Saat Hindustani’, which was a black and white film. After that, he gave many superhit films and he is still ‘not out’, continuing a glorious journey.

Apart from his Bollywood career, Amitabh has been involved in so many things that you never know. So on his 75th birthday we bring you his some known facts. Check out below

1. Amitabh does not drink tea, coffee, or alcohol. He only takes water and lemon juice (Nimboo paani). He is a foodie, and only prefers vegetarian foods like Indian food or desi khana. He also admitted that he doesn’t even smoke because he does not like people holding cigarette in hand. 2. Once Amitabh and Arshad Warsi acted together in a Pepsi ad. It was reported that, a school girl asked him that why he promoted the soft drink which her teacher branded as a poison. Bachchan admitted that the question left him speechless and made him realise what impression it had on people’s minds. He said to leading daily that, “So I stopped endorsing Pepsi.”

Also Read: Amitabh Bachchan at 75: Why he is the original shahenshah of Bollywood

3. Even at this age, Amitabh looks fit and fine, and reason behind it is Yoga. He does Yoga every day. On International Yoga Day he revealed that, “I practice yoga every day. It has nurtured and enriched my life. Yoga: Live life to its full potential.”

4. Amitabh is known as the ‘Angry Man’ in Bollywood. But, in real life, he is very calm person. He does everything very politely and smartly. Even today, he is an inspiration for many youngsters. 5. After the Panama paper leak, it was reported that Amitabh Bachchan is a director of 4 offshores shipping firms, based in British Virgin Islands and Bahamas. These companies were formed in 1993; and they trade ships worth millions of dollars. (India didn’t allow formation of offshore firms by Indians before August 2013)

6. Interesting fact about his residence Jalsa near Juhu in Mumbai. It has been reported that Jalsa was gifted to him by Ramesh Sippy for the super hit movie ‘Satte Pe Satta’. 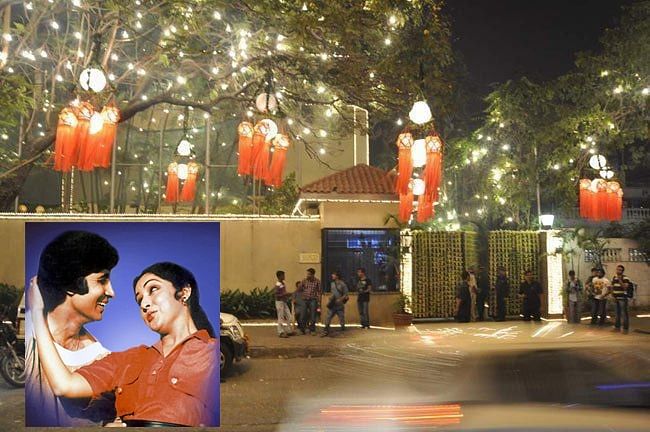 7. In 2012, Amitabh started endorsing the ‘2-minute’ noodles’ brand. Big Bollywood celebrities were in this ads like Madhuri Dixit and Preity Zinta. The advertisements for the instant noodles manufacturer had Bachchan pitching for the ‘happiness’ which one gets within 2-minutes by eating the noodles. A case was lodged against Nestle India and five others were filed by the UP food regulator FSDA (Food Safety and Drug Administration). A local advocate filed a separate case against the three cine personalities.

8. Do you know, Amitabh Bachchan’s role in Sholay was initially offered to Shatrughan Sinha? During the chat show ‘Yaadon Ki Baarat’ in 2016, Satrugandh revealed that, “I couldn’t do it because of technical difficulties. But I’m happy and proud that Amit ji did it and he became the Amitabh Bachchan. It’s his biggest film till date.” 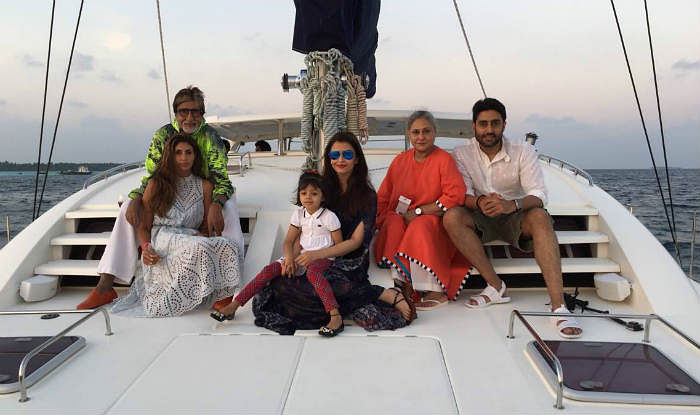 10. Amitabh is a firm believer in God. He is often seen visiting Siddhivinayak Temple at Dadar in Mumbai. He visit with his family to take blessing of Lord Ganesha. According to reports, he has devoted a Gold mukut and ear to Siddhivinayak and gold ear to Lalbaugcha Raja.