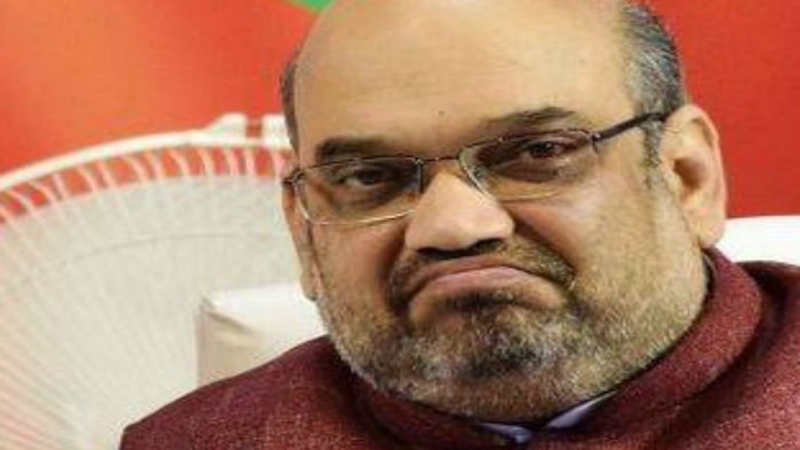 Shah outraged a section of Malayalis on Tuesday by his ‘Vamana Jayanti’ greeting. He put out a Hindi language poster on Facebook and Twitter that shows a Brahmin dwarf placing his foot on the head of Mahabali. The later is the legendary king of Kerala and he saluting the Brahmin is a gesture of submission.

According to mythology, Mahabali, the popular asura king, was betrayed by devaas, who used Vishnu in an avatar of Vamana to expel him from the kingdom. But a wish was granted to Mahabali which allowed him to visit Kerala once a year. This annual return of the king is celebrated as Onam with much fervour by Malayalis.

Vamana Jayanti is celebrated in parts of Madhya Pradesh- which was on September 13 this year.

Recently, Kesari, the Malayalam mouthpiece of RSS, kicked off a controversy by publishing a story challenging that Onam doesn’t mark the homecoming of Mahabali. In fact, it is the celebration of the birth of Vamana.

The outrage of Shah’s tweet was severe as tweeple even called him a moron for using ‘divide and rule’ technique in Kerala. A Twitter hashtag #PoMoneShaji which means ‘Get Lost Amit Shah’ trended on Twitter.

Some of the tweets with #PoMoneShaji are:

No wonder he is from BJP/RSS. No use talking such morons! #PoMoneShaji Happy Onam and Mahabali’s homecoming 🙂 https://t.co/ajtEkXQ1Zf

#PoMoneShaji is trending on Onam. Amit Shah gets a tight slap in Kerala after receiving flying chair in Gujarat.

Being Chanakya is tough!

What an out-and-out casteist moron. Next is what? Godse Jayanti? Actually quite possible. #PoMoneShaji https://t.co/8mSLxdelXT

Of course Amit Shah doesn’t know anything about Onam and Mahabali- all he knows is how to spread hate! #PoMoneShaji https://t.co/ll7n44IzVk

Sanghi monkeys yet to learn lesson from #PoMoneModi ?? Then enjoy this as well.. #PoMoneShaji

Don’t ever come with ur Vaman jayanti crap to Gulf where Onam is celebrated with equal enthusiasm. #PoMoneShajihttps://t.co/6Lg6mZG2DA

Greetings to Malayali friends on Onam.May this auspicious festival shower happiness,peace and prosperity all around. pic.twitter.com/xVaMPvosEA

Hopefully this tweet will put a lid on the row over Kerala’s legendary king.