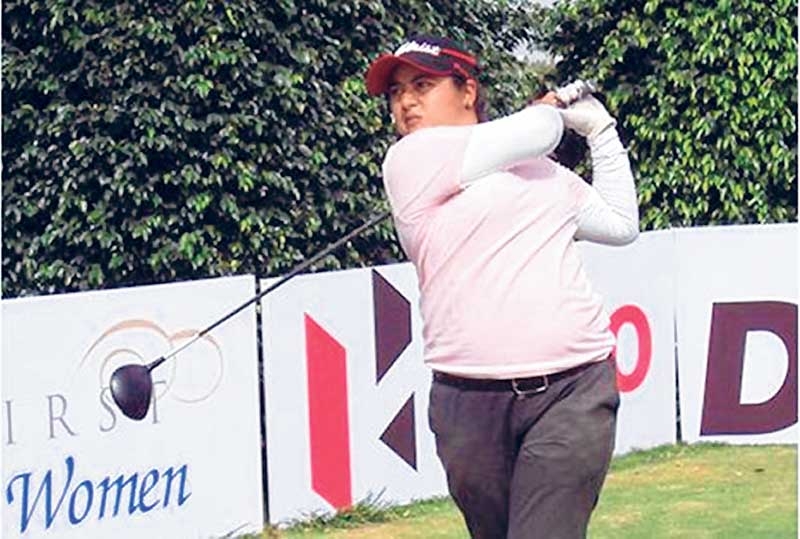 Hosur (Tamil Nadu) : Amandeep Drall on Friday held her nerves to finish with birdies in the last two holes and become only the second player this season to win more than once on the Hero Women’s Pro Golf Tour.

In the process, Amandeep completed her double at Clover Greens as she added the title this week to the one she won earlier in the eighth leg at the same venue.

Even as she shot the third consecutive sub-par round, it was also the best card of the week at 5-under 67 to jump to win the 10th leg. Amandeep holed seven birdies, the maximum by any player in a single round this week. She also had two bogeys.

Playing in the final group alongside Amandeep, Vani Kapoor shot a second successive 69 to finish second despite a closing birdie. Amandeep totalled 7-under 209, while Vani aggregated 5-under 211.

Neha Tripathi, the leader after 36 holes, once again failed to convert her lead into a win, as she shot even par 72 and tied for the third place with Gaurika Bishnoi (70). Both were tied at 3-under 213.

Trailing Vani by one shot at the start, Amandeep caught up on the first hole with a birdie, but with both Vani and Neha holing birdies on the second, she was again pushed to second.

Amandeep dropped a shot on fourth to fall back further, but her three birdies in a row gave her the lead and she never relinquished that till the end. At the turn, Amandeep was 5-under, while Vani, Neha and Gaurika were 3-under.

On the back nine, Amandeep dropped a shot while her playing partner Vani birdied for a two-shot swing that brought them together. Gaurika, playing one group ahead, also birdied. That put all three in shared lead at 4-under.

Gaurika birdied the 12th, but both Amandeep and Vani parred. However, Amandeep birdied the Par-5 14th to get to 5-under as Gaurika bogeyed the same hole and also bogeyed the 18th to finish at 3-under.

Amandeep, playing on the momentum gained from the 14th was 5-under when she came to the 17th tee, while Vani was 4-under.

Amandeep birdied the 17th while Vani missed a birdie chance on the same hole. That meant Vani had to birdie the final and hope for a mistake from Amandeep on the 18th. However, Amandeep and Vani both birdied the 18th.

That gave Amandeep a two-shot win, while Neha who birdied 17th jumped to shared third place with Gaurika.