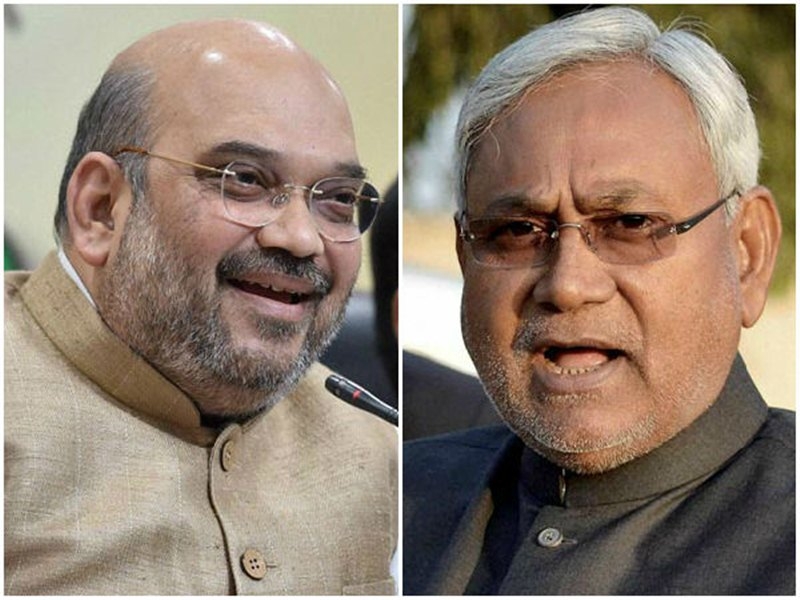 Patna: BJP President Amit Shah on Thursday said that his party’s alliance with Bihar Chief Minister Nitish Kumar’s JD-U will not end and that the two parties will together contest the 2019 Lok Sabha polls.

Shah said the Bharatiya Janata Party (BJP) knew how to manage its allies. “The NDA is united and strong in Bihar. We will contest the Lok Sabha election together and will win all 40 seats in the state.” The BJP leader said the time had come to uproot the Congress from the country. “The end of Congress will take place in Bihar.”

He added that the BJP-led government would win a majority in the next Lok Sabha battle again. Shah arrived here and met Janata Dal-United chief Nitish Kumar over breakfast.

A team of BJP leaders, including Union Ministers from Bihar and Deputy Chief Minister Sushil Kumar Modi, earlier thronged the Patna airport with garlands to welcome Shah. This is Shah’s first visit to Bihar after Nitish Kumar’s JD-U joined the National Democratic Alliance in July 2017 after dumping the Rashtriya Janata Dal and the Congress.

To mark Shah’s visit, the entire city was flooded with hoardings, banners, high-rise gates and posters highlighting the achievements of the four years of the Modi government.