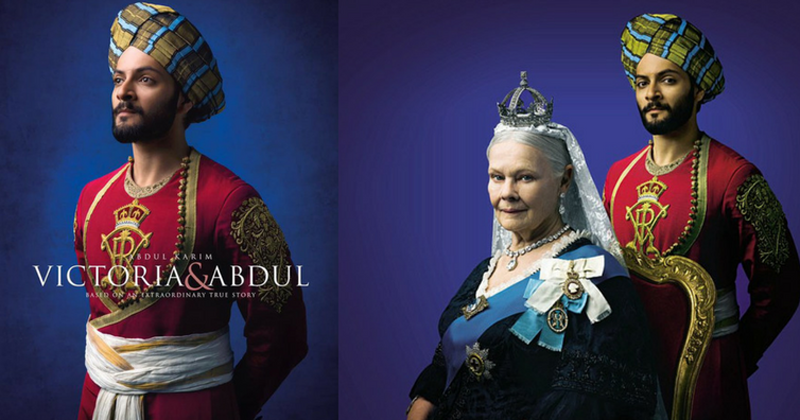 “Victoria & Abdul”, a movie about a unique bond between Queen Victoria and her Indian Muslim servant Abdul Karim, stands a chance to win in the Best Costume Design and Make-up and Hairstyling categories.

Los Angeles : Indian actor Ali Fazal-starrer “Victoria & Abdul” has two nominations and Anupam Kher starrer “The Big Sick” stands a chance to win in one category at the 90th Academy Awards, where fantasy drama “The Shape of Water” has a maximum of 13 nods.

“Victoria & Abdul”, a movie about a unique bond between Queen Victoria and her Indian Muslim servant Abdul Karim, stands a chance to win in the Best Costume Design and Make-up and Hairstyling categories. In the film, Ali plays Abdul, with Hollywood veteran Judi Dench as Queen Victoria.

As for Anupam’s “The Big Sick”, it is nominated for the Writing (Original Screenplay) honour for Pakistan-origin Kumail Nanjiani and Emily V Gordon.

“The Shape of Water” – a love story between a mute woman who works as a cleaning lady in a hidden, high-security government laboratory in 1962 Baltimore and a misunderstood aquatic monster – is in the race to win an award in Best Picture, Best Director, Best Screenplay categories along with Sally Hawkins, Octavia Spencer and Richard Jenkins in contention for the statuette in Lead Actress, Supporting Actress and Supporting Actor categories respectively.

Actress-comedian Tiffany Haddish and actor-director Andy Serkis, joined by Academy of Motion Picture Arts and Sciences President John Bailey, announced the nominations on Tuesday via a global live stream. Bollywood star Priyanka Chopra was one of the celebrities who participated in pre-taped category introductions.

“Newton”, India’s official entry for the Foreign Language Film category, had failed to make the cut to the shortlist early in the selection process. Films from Sweden, Chile, Lebanon, Russia and Hungary have made it to the final list.

This year, “Dunkirk” has eight nominations, followed by “Three Billboards outside Ebbing, Missouri” with seven nods, “Darkest Hour” and “Phantom Thread” tying at six, “Blade Runner 2049” and “Lady Bird” registering five nods, and “Call Me by Your Name”, “Get Out”, “Mudbound” and “Star Wars: The Last Jedi” contending in four categories.

“Baby Driver” and “I, Tonya” stand a chance to win in three categories, while films with nominations each include “Beauty and the Beast”, “Coco” and “The Post” apart from “Victoria & Abdul”.

Veteran actress Meryl Streep has registered her 21st nomination with a spot in the Actress in a Leading Role for “The Post”, distributed in India by Anil Ambani-backed Reliance Entertainment. She will be competing with Frances McDormand (“Three Billboards outside Ebbing, Missouri”), Margot Robbie (“I, Tonya”), Saoirse Ronan (“Lady Bird”) and Hawkins.

In the Actor in a Leading Role, the nominees are: Timothee Chalamet (“Call Me by Your Name”), Daniel Day-Lewis (“Phantom Thread”), Daniel Kaluuya (“Get Out”), Gary Oldman (“Darkest Hour”) and Denzel Washington (“Roman J. Israel, Esq.”).

At 88 years old, Christopher Plummer has become the oldest acting nominee to date. He is nominated for the Actor in a Supporting Role honour for “All the Money in the World”, in which he replaced Kevin Spacey who was ousted over sexual misconduct claims.

Christopher Nolan has scored his first-ever Oscar nomination for Best Director for his war film “Dunkirk”. Competing with him are; Jordan Peele for “Get Out”, Greta Gerwig for “Lady Bird”, Paul Thomas Anderson for “Phantom Thread” and Guillermo del Toro for “The Shape of Water”.

Call Me by Your Name, Darkest Hour, Dunkirk, Get Out, Lady Bird, Phantom Thread, The Post, The Shape of Water, Three Billboards Outside Ebbing, Missouri