Alagiri warns DMK: If they don’t take me back, then they have to face consequences 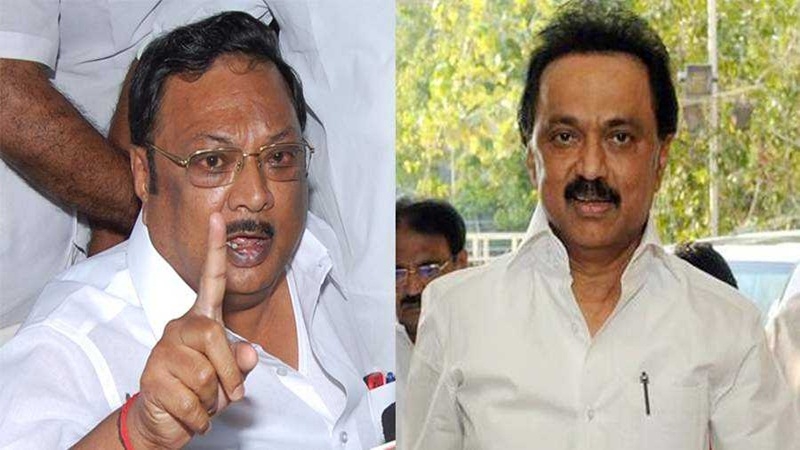 Madurai: Ahead of M.K. Stalin’s election as the DMK President, late leader M.K. Karunanidhi’s son M.K. Alagiri on Monday warned the party of “consequences” if it did not take him back into it.

“If they don’t take me back, then they have to face consequences,” he told reporters after holding consultations with his supporters for a fourth day. He did not elaborate.

Alagiri, the elder brother of Stalin, said Karunanidhi wanted to readmit him into the party and “they” — an apparent reference to Stalin and his supporters — prevented it from happening. Alagiri is opposed to Stalin becoming the party President and had attacked him in the past. After the death of his father this month, Alagiri has been speaking in riddles claiming that the DMK would face difficulties if it ignored him.

On Tuesday, Stalin, who was virtually declared as his heir by Karunanidhi, is set to be elected as the DMK President unopposed as his was the only nomination received on Sunday for the election to the post. Along with him, senior party leader Duraimurugan is set to be elected DMK’s Treasurer.