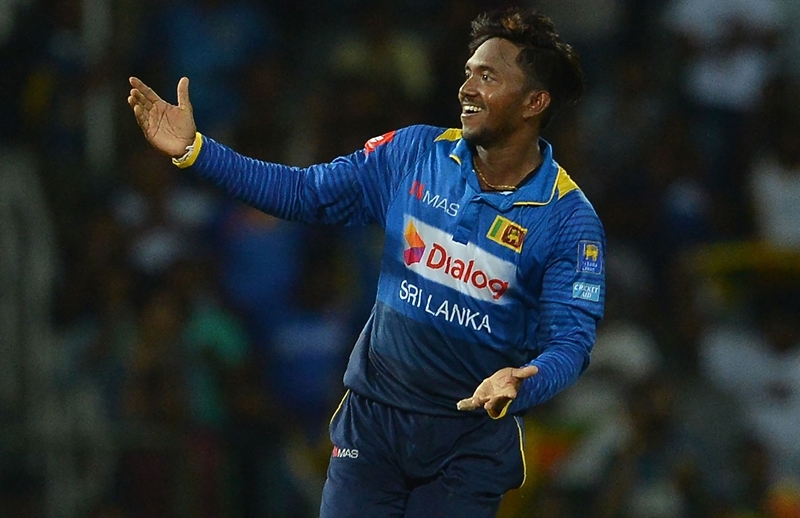 Dubai: Sri Lanka spinner Akila Dananjaya has jumped twenty places to reach the career-best 21st ranking in the one-day internationals. The improvement in the ranking came after his brilliant bowling performance against South Africa in the recently concluded five-match ODI series. The 24-year-old picked up a six-wicket haul for 29 runs in the final match of the series while his total wicket-count in the series reached to an impressive figure of 14.

Dananjaya’s team-mate Thisara Perera (up four places to 68th) is another one to move up the rankings for bowlers while captain Angelo Mathews and wicketkeeper-batsman Niroshan Dickwella have made noteworthy gains among batsmen. Mathews, the leading scorer in the series with 235 runs and a highest of 97 not out in the last match, has gained two slots to reach 25th position while Dickwella has moved up four places to grab 35th position.

For South Africa, player of the series Jean-Paul Duminy’s 227 runs at a strike-rate of 135.9 have seen him gain 11 slots to reach joint-40th position among batsmen even as regular captain Faf du Plessis has dropped out of the top 10 after missing the last two matches of the series. South Africa fast bowler Lungi Ngidi has gained 57 places to reach 88th position after finishing with 10 wickets, while spinner Tabraiz Shamsi’s six wickets in the series have lifted him 47 places to 100th position.

Meanwhile, left-arm fast bowler Fred Klaassen of the Netherlands has made his way to a 203rd position with figures of three for 38 and three for 30 in the two home matches against Nepal while leg-spinner Sandeep Lamichhane of Nepal finds himself in 217th position after finishing with four wickets. Sompal Kami (229th) and Gyanendra Malla (236th) are the leading batsmen for Nepal after notching a half-century each in the Amstelveen series while Daniel ter Braak (304th) is the highest-ranked batsman for the Netherlands.

In ODI team rankings, South Africa have slipped to the fourth position despite the series win over Sri Lanka owing to the large difference in points between the two sides. They have gone down from 113 to 110 points while eighth-ranked Sri Lanka have gained three points and moved to 80 points in the list.