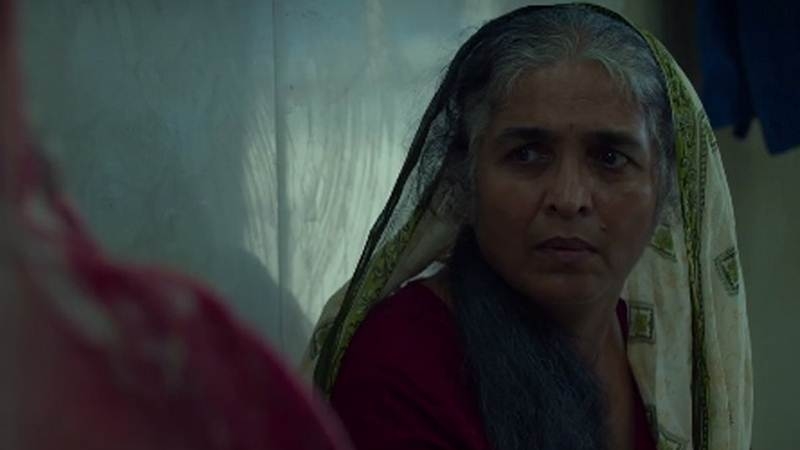 Another attempt at vigilante justice, this time going back a generation with the grand mom/ Ajji (Sushama Deshpande) taking on the onus of wreaking vengeance for the unpardonable act of rape against her pre-teen grand-daughter, Manda, ‘Ajji’ is a rare attempt at genuine story-telling in genre form.

Stark and devoid of frills, the treatment is sensitive and gritty enough, but the narrative fails to connect at a deeper level- especially because the Ajji though big-made, crippled with chronic aches and pains, is shown as the aggressor who plans to teach the rapist a lesson he may not live to remember.

Throughout the film we see this woman whose age and physicality is her biggest weakness, planning her vengeance with great care and facility, but the ultimate act of dismembering still comes off as implausible because the man she attacks is very much on the younger side, far more aggressive and lethal, especially when drunk – than anything she can come up with.

Notwithstanding that contrivance though, Ajji is a sincere and hurtful attempt at gender justice- though a trifle clinical and appears more mechanical than affecting. Theatre actress, Sushama Deshpande is brilliant as Ajji though!