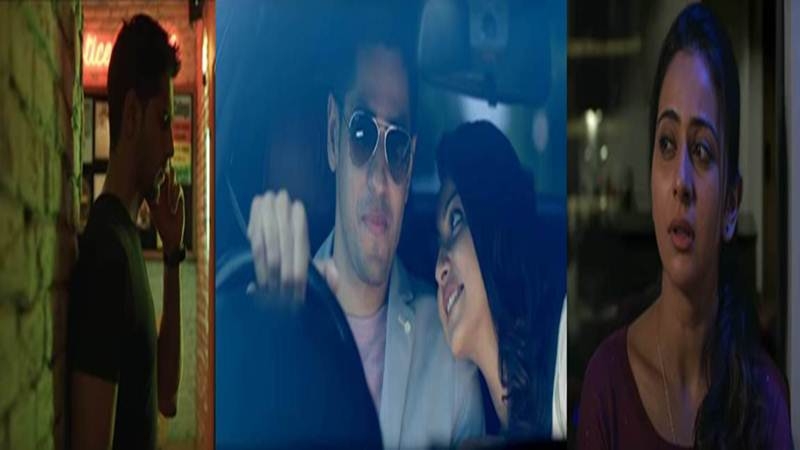 The second song from Sidharth Malhotra and Rakul Preet starrer-Aiyaary is out. The first song ‘Lae Dooba’ showed the romance between the two, while the ‘Yaad Hai’ song showcase the emotions as they go through a heartbreak.

In the song, Rakul questions Sidharth aka Jai Bakshi, about his identity and storms out from a date all shattered. She then remembers their romantic moments and becomes emotional about their separation. The song is a nostalgia trip for the broken hearts who remember the beautiful memories of their relationship. The ‘Yaad Hai’ song conveys the heartbreak of Rakul after knowing the reality of Jai Bakshi.

Check out the video below:

The song is penned by Manoj Muntashir, composed and voiced by Amit Trivedi. The soulful voice of Palak Muchhal also adds the rest of the charm to this romantic ballad. The video features montages from the love life of the two actors intriguing us to know more about the romantic side of the film. The military thriller by Neeraj Pandey also stars Manoj Bajpayee in the lead role. Unlike the trailer of the film, where Sidharth and Manoj were embroiled in a deadly cat-and-mouse chase, the makers are intimidating viewers with the romantic angle of the story with the two released songs.

‘Aiyaary’, which also stars Naseeruddin Shah, Pooja Chopra and Anupam Kher, was earlier scheduled to release on January 26, but has now been postponed, and will hit the theaters on February 9.