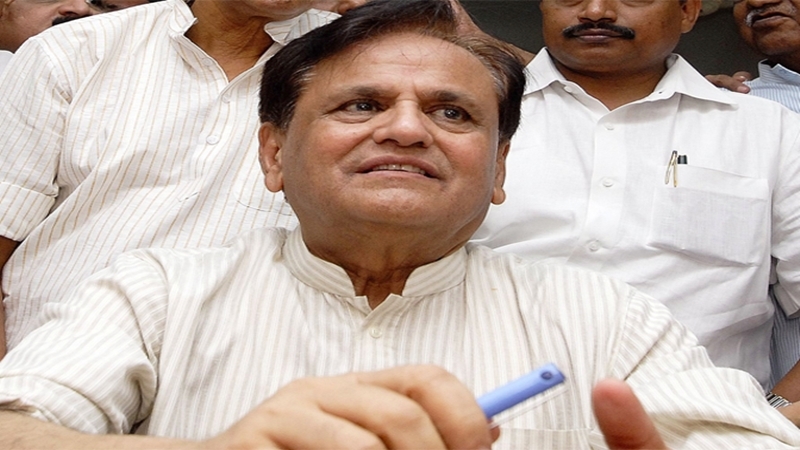 Ahmed Patel’s win is being considered a major victory of Congress and a blow for the Bharatiya Janata Party (BJP). Patel took to Twitter to express happiness. “This is not just my victory. It is a defeat of the most blatant use of money power,muscle power and abuse of state machinery,” Patel tweeted.

This is not just my victory. It is a defeat of the most blatant use of money power,muscle power and abuse of state machinery

Congress had made candidature of Ahmed Patel as a matter of prestige. The BJP also left no stone unturned to win all the three seats. The saffron pitted Balwantsinh Rajput, a recent acquisition from the Congress, against Ahmed Patel knowing that Patel’s defeat will bring huge embarrassment for Sonia Gandhi since he is her political secretary.
After the intense political developments, the Election Commission (EC) declared results for the three seats of the Rajya Sabha from Gujarat. Total 176 MLAs voted in the crucial elections, but two votes were declared invalid.

Congress said these MLAs showed their votes to Bharatiya Janata Party (BJP) national president Amit Shah and Union Information and Broadcasting Minister Smriti Irani and independent candidate Balwantsinh Rajput instead of representative of Ahmed Patel. Earlier, the constitutional expert Subhash Kashyap on Tuesday branded that the Congress’ demand to invalidate votes of two of its rebels over cross-voting as ‘political drama’.

Subhash Kashyap asserted that if there was any objection, the Congress should have raised it during polling. Speaking to ANI here, he said, “It is not legal issue but a political drama. If there was objection, should have been raised during polling.” Ahmed Patel, the influential political secretary to Congress President Sonia Gandhi, and BJP Chief Amit Shah, Union Minister Smriti Irani and ex-grand old party cadre Balwantsinh Rajput were in the fray.

Congress suffered major blow ahead of the RS polls when six of its Gujarat MLAs joined BJP. Panicked Congress sent its 44 MLAs to Bengaluru and termed the move as a bid to save its legislatures from the horse-trading by the BJP. The Congress also accused BJP of offering Rs 15 crore to its MLAs to join BJP. The political environment was also heated when the Income Tax Department on July 29 raided Karnataka Energy Minister DK Shivakumar’s Bengaluru residence and resort, where Congress’ 44 MLAs were staying.

After the Congress branded the raids as a ‘political witch-hunt’ by the BJP, the IT department asserted that the raids at Karnataka Energy Minister’s residence and resort had nothing to do with the Gujarat’s Congress MLAs staying at the resort. The Congress also created ruckus in the Rajya Sabha and Lok Sabha over the IT raids at the resort. Ahmed Patel’s victory has acted as booster for the Congress ahead of the crucial assembly elections in the state.