After police shooting, emergency declared in US city of Charlotte 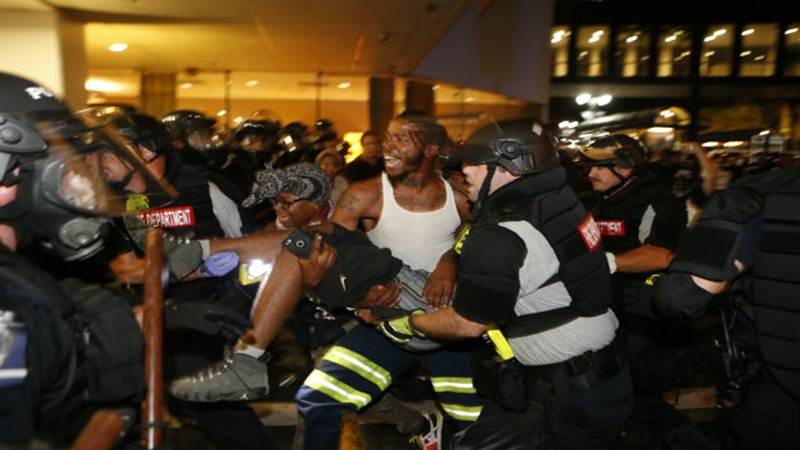 After police shooting emergency declared in US city of Charlotte |

Washington: An emergency has been declared in the southern American city of Charlotte in the wake of an ongoing unrest ignited by the fatal police shooting of a black man.

Local media reports said that several hundred people taunted riot police in front of a hotel in the city center, during which a man fell to the ground.

Witnesses said police brought him into the hotel after he fell, leaving blood on the sidewalk.

Some protesters banged on glass windows, others threw objects at police and stood on cars as police appeared to fire tear gas, prompting demonstrators to run.

On Wednesday, presidential candidates Donald Trump and Hillary Clinton weighed in on the violence in Charlotte, which came on the heels of another fatal police shooting of a black man, Terence Crutcher, on Friday in Tulsa.

The Charlotte shooting took place at 4 p.m. local time Tuesday as officers searching for a suspect arrived in the parking lot of an apartment complex.

They spotted a man with a handgun — later identified as Scott — exit and then reenter a vehicle, Charlotte-Mecklenburg police chief Kerr Putney told journalists.

Officers approached the man and loudly commanded him to get out and drop the weapon, at which point Scott exited the vehicle armed, according to police.

“I can tell you a weapon was seized. A handgun,” Putney was quoted, as saying.