Team Loveratri and Aayush Sharma are all set to kickstart the London schedule of Loveratri. After wrapping the Gujarat schedule, the entire team has headed to London to begin the next schedule for the film.

Aayush Sharma took to Instagram sharing a picture expressing his happiness to start the shoot. 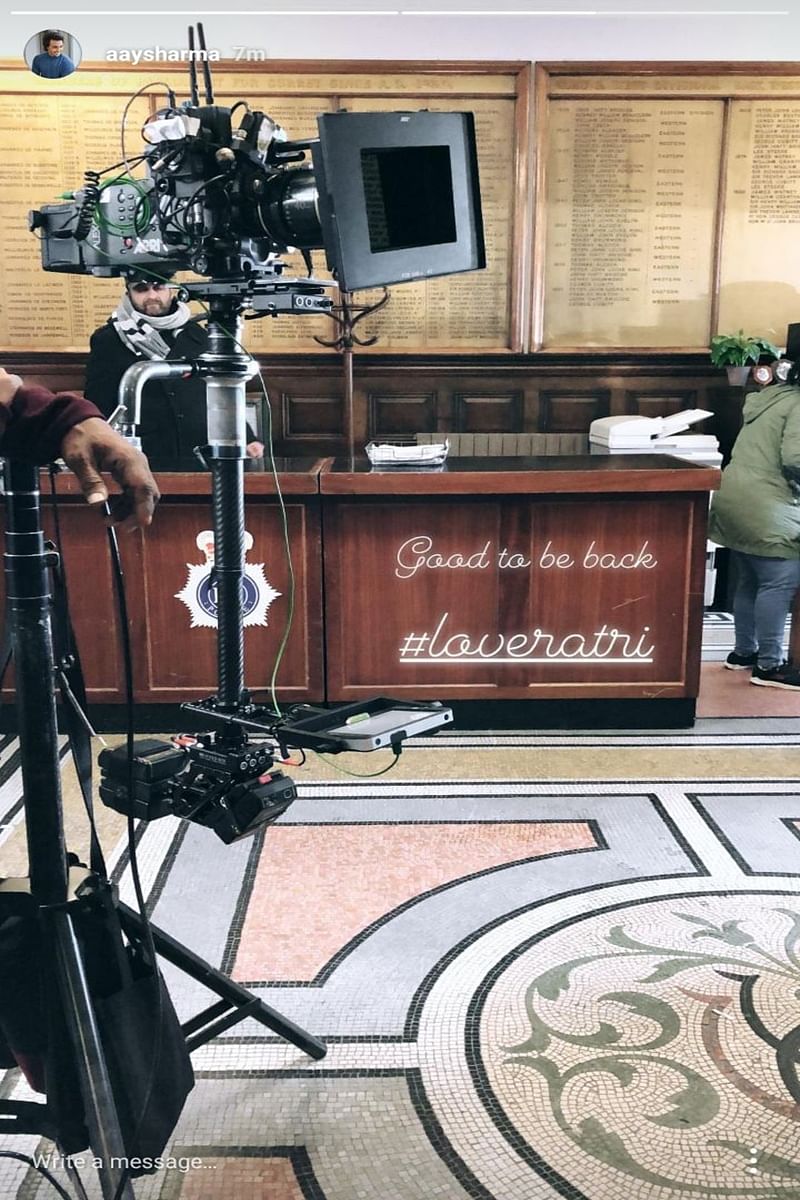 The recently wrapped Gujarat schedule included hard-core training sessions of Garba, a glimpse of which was shared by the lead actor on his social media. Loveratri is set against the backdrop of Gujarat and the onscreen couple’s love story unfolds over the span of the festival of Navratri.

‘Loveratri’ is written by Naren Bhatt who is based out of Mumbai and was born in Bhavnagar. Directed by Abhiraj Minawala, Loveratri is produced by Salman Khan under the banner of Salman Khan Films is slated to release on 5th October, 2018.