Mumbai: Malad Railway Station foot over bridge on the west side was closed. Photo by BL SONI |

Mumbai: Incessant rain, structural collapses, closure of road over bridges and chocked drains are surely the highlight, this monsoon.  On Sunday, four over bridges on railways tracks were shut down as they were found to be in a vulnerable condition. And mind you, the over bridge structural audit is yet to take place!

The four structures that have been closed to footfall and vehicular traffic are in Ghatkopar, Andheri, Vasai and Malad. The spotlight turned on these bridges after the collapse of the Gokhale over bridge at Andheri. One of the pillars of the Ghatkopar ROB has developed a crack. Both long-distance and local trains pass under this bridge. 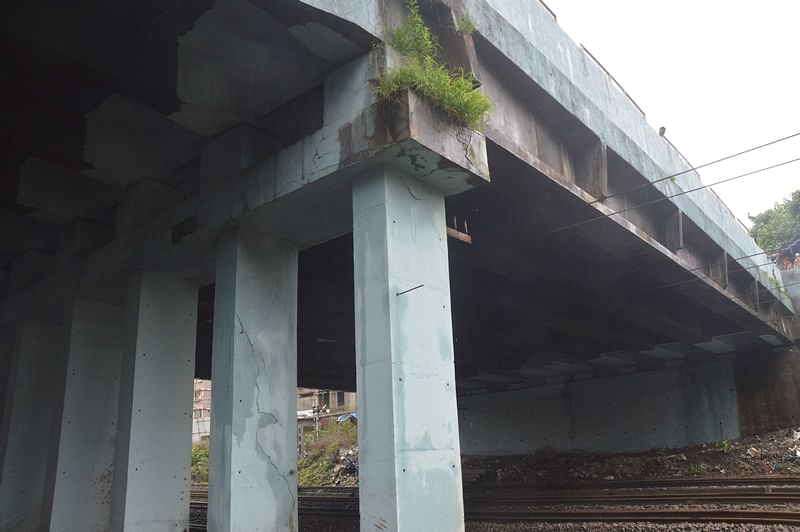 The BMC received no less than 13 complaints of collapses on Sunday. A balcony of an old building in Kurla was among the rickety structures that caved in. The fire brigade was on the stand by and no casualties were reported in any of these incidents.  Additional Municipal Commissioner Vijay Singhal said, “The Kurla building had been vacated by citizens after a high court order, since it was in an extremely dilapidated condition. There have been no casualties.”  A car was washed away and swept by the swirling waters into a culvert near Andheri subway.

The rainfall recorded in BMC headquarters was 187mm, in Colaba 123.6mm and Santacruz 46.4mm; in the eastern suburbs, Kurla recorded 137mm while Ghatkopar recorded 132 mm of rainfall. Water-logging was seen in all the chronic spots — Hindamata, Parel TT, Gandhi Market, Sion and Antop Hill. In the eastern suburbs, areas in Chembur, Kale Road in Kurla and Sheetal Cinema were the trouble spots. So were Siddharth Nagar in Goregaon, National College in Bandra, Milan Subway and Kapadia Nagar in BKC. BMC officials found solace in the fact that water had receded faster with the help of pumping stations at 111 places in the city. 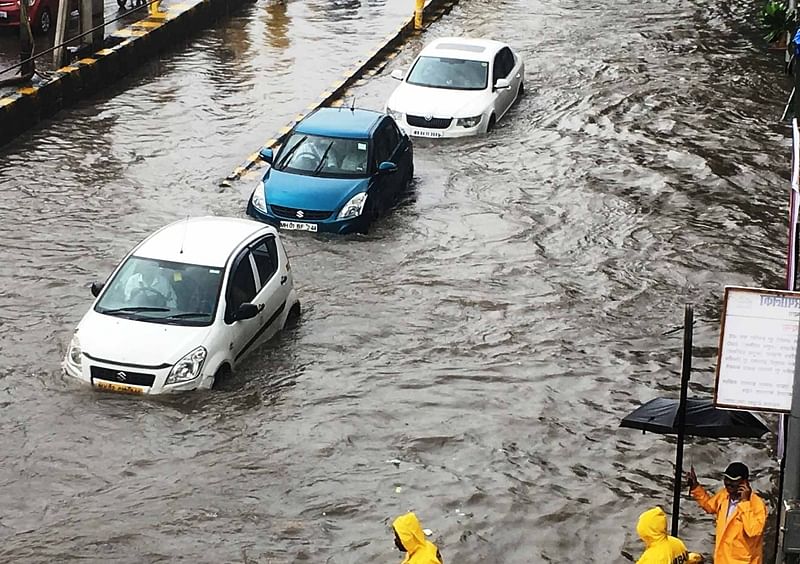 IMD has predicted heavy to very heavy rainfall in the next 24 hours. “The showers will be heavier in the suburbs, as against that in the city,” KS Hosalikar, Deputy Director, Met Department, said.

The Ghatkopar East-West bridge has been closed. A crack can be seen in the pillar.

Malad railway station foot over bridge on the west side too has been closed as it is in an extremely vulnerable condition.