On Wednesday afternoon, Alia Bhatt and Vicky Kaushal launched ‘Ae Watan’ – a song from their upcoming film Raazi. The song is sung by Arijit Singh, composed by Shankar Ehsaan Loy and is written by Gulzar. The song highlights the journey of Sehmat (Alia Bhatt) from India to Pakistan as she gets married to Vicky Kaushal in Pakistan. It depicts Sehmat’s love for her country. 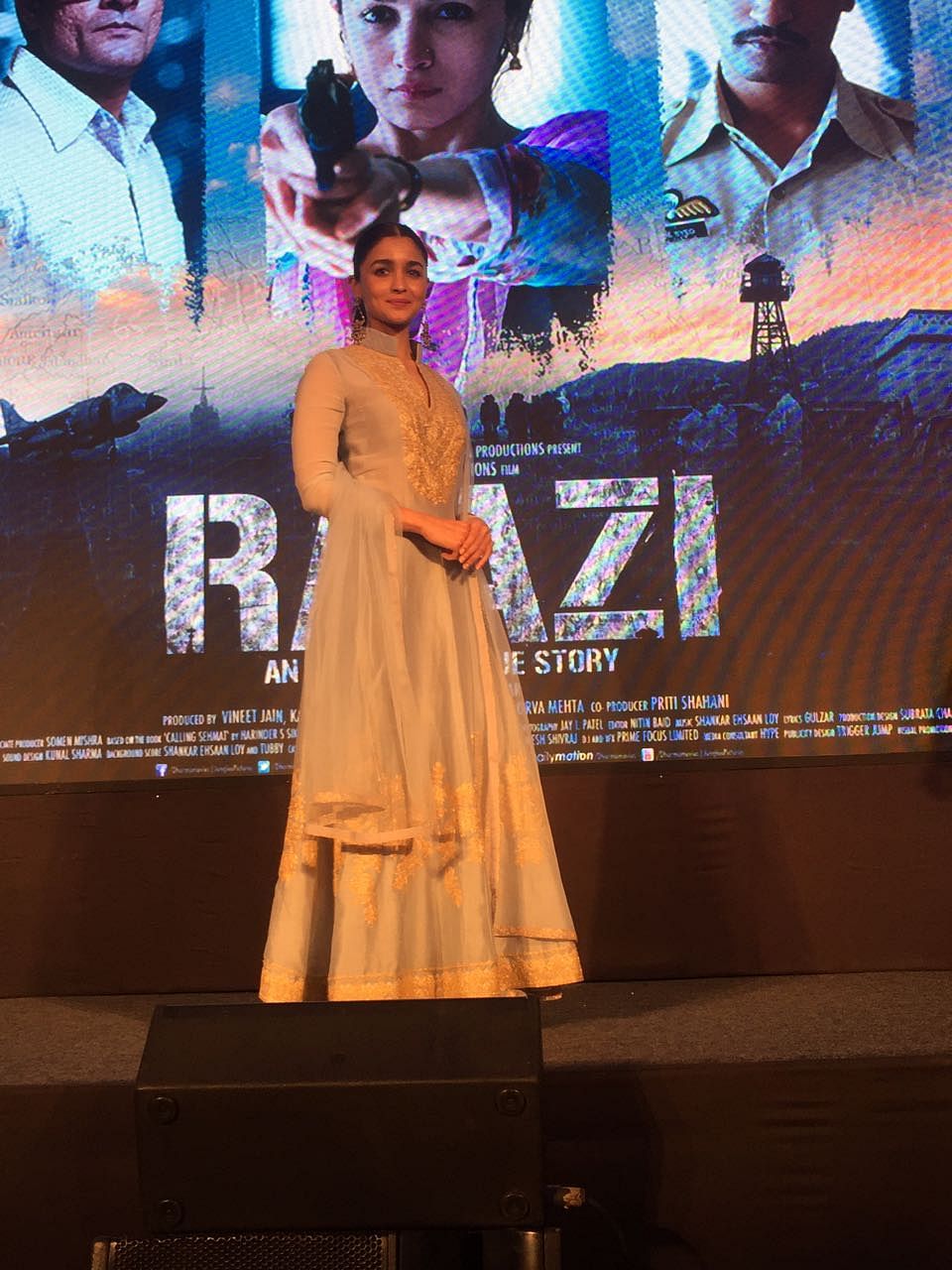 Speaking on the response to the film trailer Alia said, ” We are very thankful for the love we received for the trailer, it is very unexpected and pleasing.”

While talking about the experience of shooting the film Vicky says, “Meghna sat with all of us separately to work on our Urdu, which was a wonderful thing. I treated the script as a blueprint for my preparation.

Meghna Gulzar adds, “My only attraction to this story is because it is a true story.” Raazi directed by Meghna Gulzar is an adaption of Harinder Sikka’s novel ‘Calling Sehmat’ and depicts the journey of an ordinary Indian girl, under extraordinary circumstances.

The film presented by Junglee Pictures and Dharma Productions and produced by Vineet Jain, Karan Johar, Hiroo Yash Johar and Apoorva Mehta is slated to release on May 1.