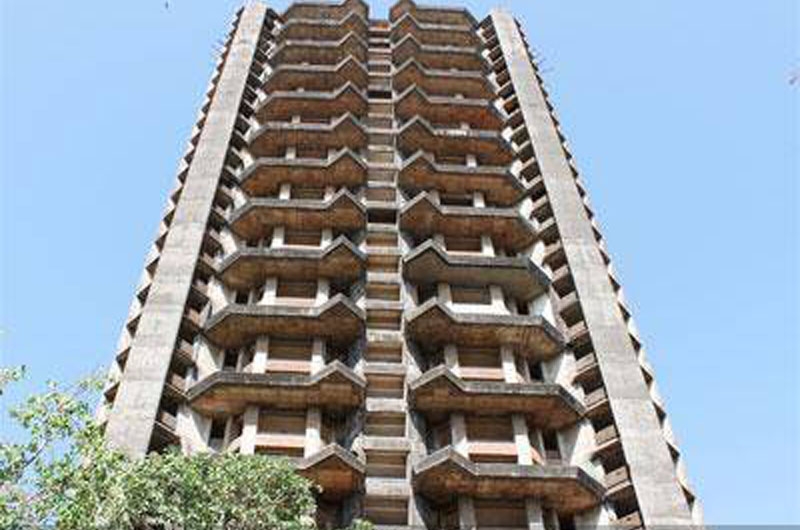 HC division bench had ordered demolition of the building

Mumbai: In a fresh trouble for senior Congress leaders Sushil Kumar Shinde and Shivajirao Nilangekar Patil, a criminal application pertaining to their alleged role in the infamous Adarsh Society scam has been filed in the Bombay High Court, last week.

The application is filed in intervention to the public interest litigation, which drew the HC’s attention to the serious anomalies in allotting of the plot for construction of the 31-storey Adarsh Building, in South Mumbai.

Activist Pravin Wategaonkar has filed the application as well as the main PIL before a division bench of Justice Abhay Oka and Justice Amjad Sayed.

It may be recalled that in April, this year, another division bench headed by Justice Ranjit More had ordered for demolition of the building. The bench had also ordered for criminal action against politicians and bureaucrats, who misused their discretionary powers.

The bench had however, stayed its orders on request by the residents of Adarsh Society, so they could approach the Supreme Court.

In his petition, Wategaonkar has stated, “Provide names of the two ‘high and mighty’ persons in then government who dealt with the file (of Adarsh building) during the period of the scam and for whom the said flats were booked as a motive or reward”.

While speaking with Free Press Journal, Wategaonkar said,“I have sought directions for naming of Sushil Kumar Shinde and Shivajirao Nilganker Patil, the then home minister and revenue minister to be made accused by the CBI which is investigating the case.”

Wategaonkar has also sought directions for the commencement of further investigations in respect of ‘reduction in the proposed width of Captain Prakash Pethe Marg and change in use of the plot so created from Road to Residential’. He has also urged the court to issue directions for investigating the process of approval of grant of land, which was in possession of the Defence Department and fell in Coastal Regulation Zone (CRZ) II zone to private entity – Adarsh Co-operative Society.

It must be noted that construction on land falling under CRZ II zone is not permissible.

Wategonkar’s application is likely to be heard on August 18.