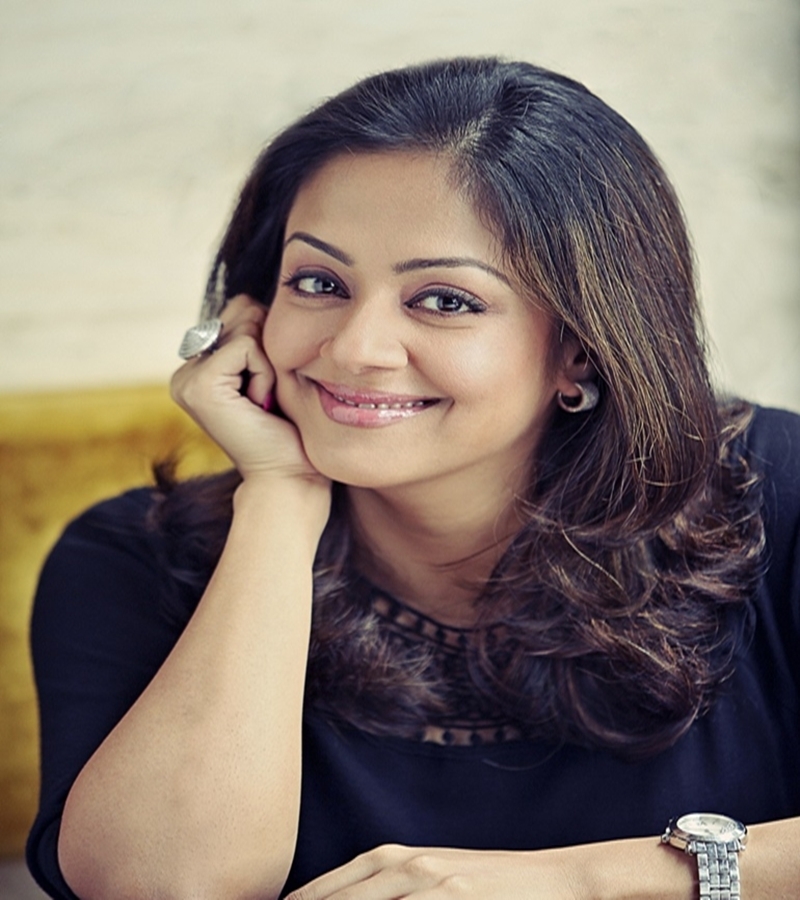 Chennai: Actress Jyothika, who will be seen playing a documentary filmmaker in forthcoming Tamil drama “Magalir Mattum”, says it’s a challenge to make female-centric films with the hope of earning profits in a male-dominated industry. Having made a smashing comeback to acting with the 2015 Tamil drama “36 Vayadhinile”, Jyothika is eagerly looking forward to the release of “Magalir Mattum”.

“I am as eager as my fans to know how it would be received. As this is a male-dominated industry, it is quite a challenge for a female-centric film to be made — and to make a profit,” Jyothika told IANS. “The situation is such that even a bad movie, which has a male lead, runs to packed houses for three to four days. On the other hand, female-centric films, despite having good content, are taken off the theatres after the opening weekend,” she said.

However, she is undeterred and confident about her film. Directed by Bramma, the film also stars Urvashi, Saranya Ponvannan and Bhanupriya.

“I was impressed when I read Bramma’s story. It talks about how a daughter-in-law takes her mother-in-law and her friends on a road trip. This is a story that has been untouched. What surprised me more was that a story like this came from a man,” she said. While Jyothika struck a fine balance between content-driven films and commercial cinema in the early stages of her career, after her comeback she has consciously stuck to women-centric scripts such as “36 Vayadhinile” and “Magalir Mattum”.

“I got a lot of offers, but I wanted to do movies like this because, for me, money isn’t a criterion any more. I am a mother and a wife and I have a family to manage. But, yes, I want to do films like these because it’s important to show powerful and independent female characters. Our production 2D Entertainment has consciously made it a point to support such scripts,” she said.

She admits her husband and actor Suriya has been very supportive in her return to acting. Asked if she discusses scripts with Suriya before signing, she said, “Suriya gives me the freedom to explore and has always stood by me. We have a good understanding of each other as we made our careers together.”

“Magalir Mattum”, slated for release on Friday, is bankrolled by Suriya. Jyothika will be next seen in Bala’s Tamil thriller “Naachiyar”. She also has Mani Ratnam’s yet-untitled multilingual project in her kitty.