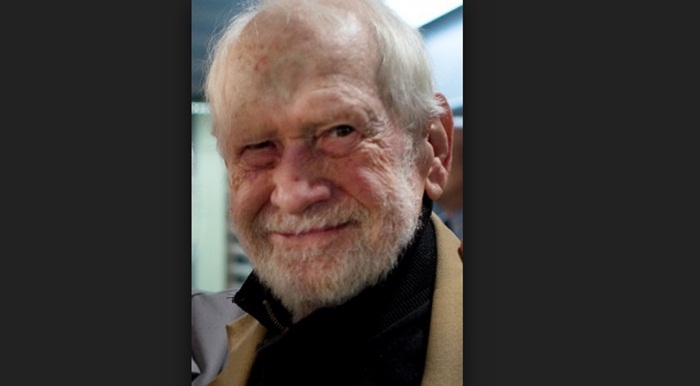 Los Angeles: Character actor Larry Sherman, who also served as publicist for Donald Trump in the 1980s, has passed away. He was 94.

In “North by Northwest”, Sherman was the cab driver that rushes Cary Grant away from the United Nations, and in “Midnight Cowboy” (1969), he was the homeless person who screams outside Tiffany’s and then drops dead in front of Jon Voight’s character, Joe Buck.

Sherman also appeared over the course of two decades as Judge Colin Fraser on Dick Wolf’s flagship “Law & Order”, often there only to deliver a “guilty” or “not guilty” verdict.

“My father was a glorified extra,” his son said. Sherman also served as head writer on the original version of the 1950s quiz show “The Joker’s Wild”, walked on for comedy bits on “Late Show With David Letterman” and “The Colbert Report” and worked for years on the USA series “Royal Pains”, often as just a stand-in.

Sherman was an out-of-work sports journalist with no experience in publicity in 1982 when he applied for the job as head of PR for the New Jersey Generals of the upstart US Football League.

Trump, then a real-estate magnate, owned the franchise, and after just one interview, hired Sherman on the spot. Sherman worked for Trump until the USFL went out of business after its 1985 season. The future president often called him “the best PR guy he ever had,” Charles Sherman said.

Sherman graduated from the University of North Carolina at Chapel Hill, where he received degrees in theater and journalism.

In the 1940s, he appeared on Broadway in such shows as “Maid in the Ozarks”, “The Traitor”, “Marriage Is for Single People” and “I Gotta Get Out.”

As a journalist, Sherman worked for The Long Island Press (as sports editor), Newsday, The New York Herald Tribune (he  covered the 1960 Summer Olympics) and The Rome Daily American. He also served as PR director of the New York Arrows of the Major Indoor Soccer League.

In addition to his son, Sherman’s survivors include Marion, his wife of 60 years; daughter Flory and grandchildren Jonathan and Brett.