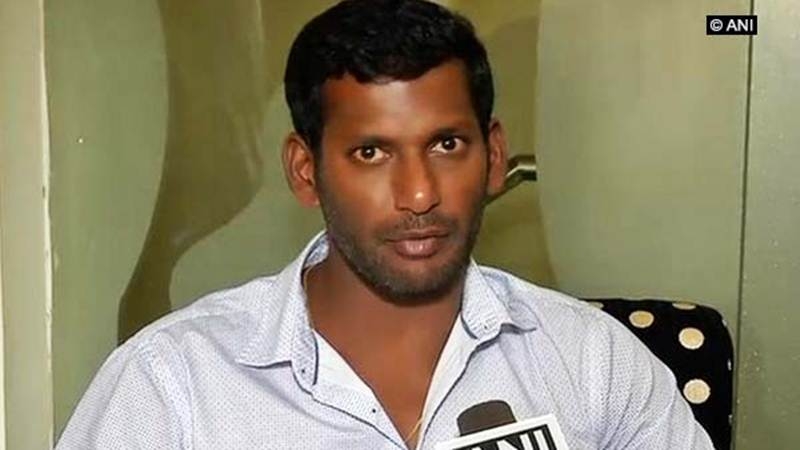 Chennai: Movie actor-cum-producer Vishal on Thursday was detained by police here for trying to break into the Tamil Nadu Film Producers Council (TNFPC) office which was locked by one faction of the members, said police. Vishal is the TNFPC President.  On Wednesday, some members of TNFPC, protesting against Vishal, locked up the office.

On Thursday morning, Vishal and his supporters reached the Council’s office. The police, deployed to prevent any clash between the two factions, tried to persuade Vishal to leave. Refusing to leave, Vishal argued with the police in a bid to try break open the lock. Police then detained him. Vishal told reporters that the locking of the office was illegal. Vishal’s father G.K. Reddy told the media that his son “will face the challenge and come out victorious”.