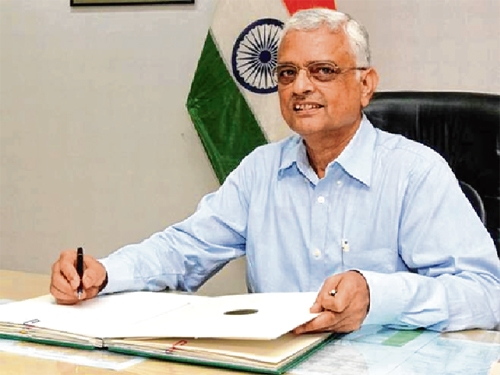 AAP spokesperson Raghav Chadha said Rawat had recused himself from hearing an office of profit case against the now disqualified 20 AAP MLAs after allegations that he was close to many BJP leaders including Madhya Pradesh Chief Minister Shivraj Singh Chouhan, reports IANS.

Chadha said that six months back Rawat again became a part of the case without informing the party or its MLAs. “It was first time in the history of India that a judge who had recused himself from a case sneaked back to the case through back door.”

On Friday, the Election Commission recommended the disqualification of 20 AAP MLAs. This was approved by the President.

“The Election Commission is working like a Khap Panchayat and giving a verdict without hearing (the other side),” Chadha said.

AAP Rajya Sabha MP-elect Sanjay Singh said that after June 23, 2017, the MLAs were not given a date of hearing.

Singh said that in Punjab, Haryana, and other states when the High Court cancelled the appointment of Parliamentary Secretaries, the MLAs were not disqualified.

Singh said the action against AAP was taken by the ex-Chief Election Commissioner A.K. Joti at the behest of Prime Minister Narendra Modi.

New Delhi: A number of disqualified AAP MLAs on Tuesday moved the Delhi High Court challenging a notification disqualifying them on the ground of holding office of profit as Parliamentary Secretaries. The Aam Aadmi Party MLAs mentioned the matter before a Division Bench headed by Justice S. Ravinder Bhat seeking quashing of the notification and got it listed for hearing on Wednesday, reports IANS.

The move came after the AAP MLAs withdrew on Monday an earlier plea in the High Court, which sought a stay on the poll panel’s recommendation to the President. On Friday, the Election Commission made the recommendation, since approved by the President, for the disqualification.