Aamir Khan at 53: How Mr Perfectionist has redefined and rewritten the rules of Bollywood 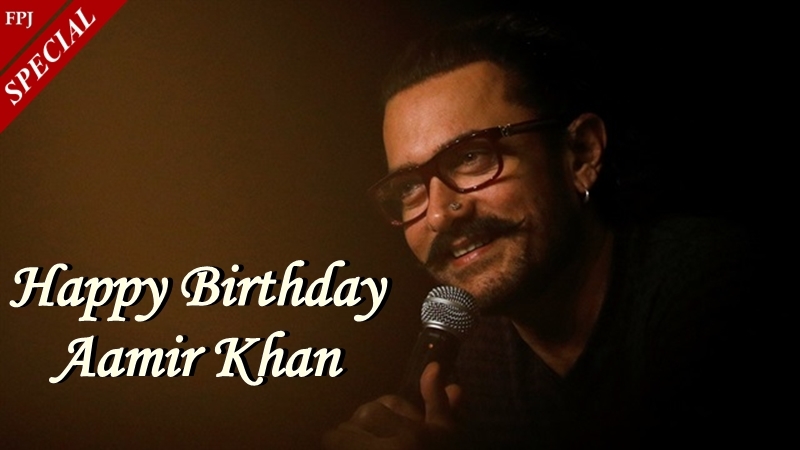 Life is so uncertain and unpredictable and there is no guarantee or formula for success.  Not everyone can become Sachin Tendulkar or Amitabh Bachchan, who are once in a lifetime personalities and have gift given by god to perform and showcase their talent. Bollywood or Hindi film industry has played a huge role in our lives and common man is so intrigued and passionate about this glamour industry that it is an unavoidable part of life.

One superstar over the past 30 years, who has proved his mettle day in, day out, has slogged through every situation, is none other than Mr Perfectionist i.e. Aamir Khan. Khan who is part of the holy trinity of Khans is the biggest superstar that Bollywood has produced in the past three decades is turning 53 today (March 14). When you first look at Khan, you would not say that he is your quintessential hero of a Hindi film. He is not six feet tall like Amitabh Bachchan, doesn’t have looks like Hrithik Roshan, doesn’t have physique like Ranveer Singh and is an average looking Indian. But, Khan is not bothered by it and is only interested in wooing the audience with his acting and dedication of his craft.

People and commentators often accuse Aamir Khan of being selfish, self-centered and being a very opinionated person. He has been given the tag of Mr Perfectionist because of his high handedness and attitude (interfering in the work of director), but I don’t understand what is wrong in being perfectionist in a sense of hard work, attention to detail, honesty, sincerity and work ethic towards your work. Khan since the turn of the century has acted in films which are not centered on him (Lagaan, Dil Chahta Hai, Taare Zameen Par, Rang De Basanti, 3 Idiots, Dangal) and when you leave the cinema hall you will only remember Aamir Khan and nothing else.

Also Read: Find out what made Aamir Khan the World’s Biggest Superstar

Khan has always broken the stereotypes and for his films he has taken great health risks sometimes bordering on insanity. In Ghajini, for example, he worked hard to have eight-pack abs at the age of 43. In Dangal, just for a single frame he lost 30 kgs to look like a young wrestler and was not hesitant to have grey hair and ageing personality.  In religious satirical film PK, Khan went through intense prosthetic process to look like an alien or for Mangal Pandey: The Rising, he prepped for months to grow his facial hair (moustache).

Aamir Khan has said it time and again that he doesn’t believe in box-office numbers and has peaceful night of sleep when his films are appreciated and applauded. But, ironically, his films have broken records after records and his film Ghajini invented Rs 100 crore club and after that 200, 300, 400, 500 and in case of Dangal a club of Rs 2,000 crore club.  The showman of Bollywood has rubbed quite a few people the wrong way with his political commentary (now has become very diplomatic, we know the reasons) and it has affected him professionally. Despite being successful, Khan only does one film around two years and when he does a film, he gives more than 100 percent and that is the primary reason for his success.

Actors always have a shelf life, but Khan ever since his debut (Qayamat Se Qayamat Tak, 1988) has broken all stereotypes and even after turning 50, he is still the biggest brand in Bollywood and he might not be King of romance (Shah Rukh Khan) or Universal bhaijaan (Salman Khan), but his connect with his audience is immeasurable and unparalleled and has that innocence in his acting. Aamir Khan is not everyone’s cup of tea and is unabashedly master craftsman and temperamental when it comes to performing in front of the camera. Khan knows that his stardom will not last lifetime and is staying in present and on his 53rd birthday Khan is still striving for perfection and is not resting on his laurels.