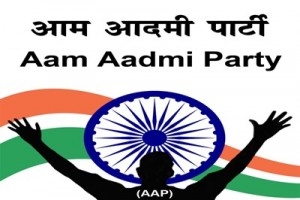 Ujjain: Aam Adami Party’s (AAP) local unit concluded its Dharna being held at the premises of Ujjain Municipal Corporation. The partymen offered bouquets and flowers to the employees of corporation symbolizing ‘Gandhigiri’. AAP has been opposing the imposition of the garbage lifting tax since many days.

The city convener of the party Vinod Kumar Sharma stated in this context that the party men will to each ward of the city to let the people know about imposition of the tax.