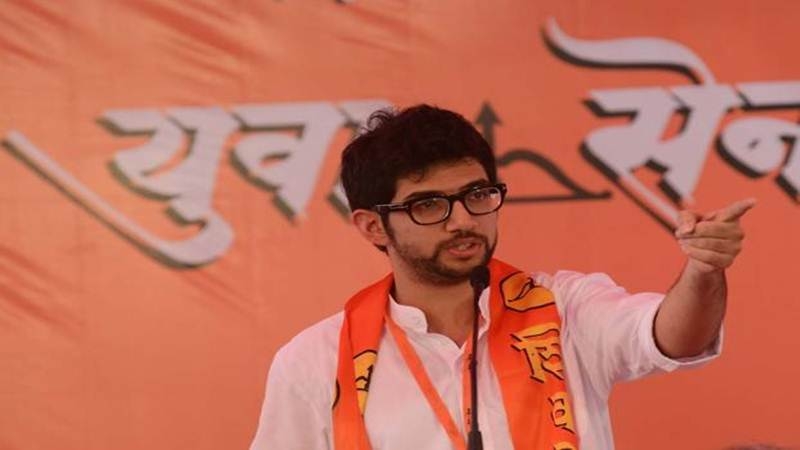 Mumbai: The national executive committee meeting of the Shiv Sena will re-elect Uddhav Thackeray as president of the party on Tuesday. Yuva Sena chief Aaditya is likely be elevated as party leader and would probably be given major political responsibility ahead of 2019 parliament and state assembly poll.

The party meeting will pass political resolution in which re-elected president may address party cadre to be prepare for the possible poll in December this year. Shiv Sena’s meeting will be held at Sardar Vallabhbhai Patel indor stadium at Worli on the birth anniversary of Sens supremo late Bal Thackeray. The meeting will be attended by 180 members of the national committee.

According to rules of Election commission of India (ECI), formal election process will be conducted on Tuesday. As there is no other nomination for the post of party president, Uddhav will be re-elected as party president. It will be his second consecutive term from the ECI had warned Shiv Sena to conduct party internal election else, it will lose status of political party in 2013.

According to party leader, Aditya would be handed over responsibility of party leader who will play deciding role in 2019 polls. “Aditya was one of the mediator during the negotiation talks with Bharatiya Janata Party (BJP) at the time of 2014 assembly poll. His role in party’s victory in BrihanMumbai Municipal Corporation election in January 2017 was significant and his view will be deciding in 2019 poll,” said the Sena leader.

He pointed out that CM Devendra Fadnavis had recently asked party cadre to be prepare for the Parliament and assembly poll that would probably be held in December. The leader said, “Party president in his address may instruct Sena leaders and Shiv Sainiks to be prepare for election that would be held at anytime.

The meeting will pass resolution including political, social and economic. Issues such as inflation, women atrocities, women safety and political instability would be raised through resolution, the leader said.