Aadhaar not panacea for all ills; can do little to stop banking frauds: SC to govt 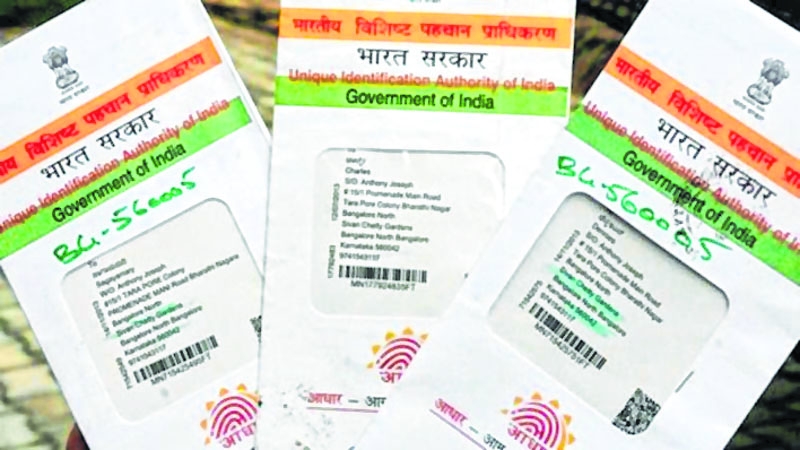 New Delhi : The Supreme Court on Thursday told the Centre that Aadhaar is not a panacea for all ills in the system like corruption, tax evasion, money laundering, leakage of subsidies and terrorism, and wondered how far it can cast the net of Aadhaar.

Saying that “Aadhaar is not a catch for all frauds”, the five-judge constitution bench comprising Chief Justice Dipak Misra and Justices A.K. Sikri, A.M. Khanwilkar, D.Y. Chandrachud and Ashok Bhushan, asked: “How far the State can cast the net of Aadhaar that goes beyond Section 7 of Aadhaar Act and the money laundering?”

“Frauds are not happening because of multiple identities” a person possesses, the court said as Attorney General (AG) K.K. Venugopal tried to impress upon the constitution bench the virtues of having one identity – Aadhaar.

Summing up the broad submissions of the AG, Justice Chandrachud said: “The core of Centre’s case is that there are legitimate State interests which are to be protected. Lakhs of crores of rupees are spent which should reach the poor. You want to prevent money laundering. You want to protect collection of taxes, reports IANS.

Section 7 of the Aadhaar (Targeted Delivery of Financial and Other Subsidies, Benefits and Services) Act, 2016, says that the proof of Aadhaar number is necessary for availing certain subsidies, benefits and services.

“There are wide economic disparities, 67 per cent of the country’s wealth is concentrated in the hands of less than one per cent people. The disparity has further widened after the country became independent,” Justice Sikri said as the AG tried to defend and justify Aadhaar by pointing to the large section of vulnerable population.

Finding the AG’s submission that “Aadhaar will prevent bank frauds” unpalatable, Justice Sikri said: “When loans are given you know the person. You give loans after due diligence. NPAs (mon-performing assets) don’t happen unless banks are hand in glove with those who secure loans.”

Blaming the banks for the lack of due diligence in granting loans, AG Venugopal said: “That (due diligence) ought to have been taken at the level of banks. If it had been done, Nirav Modi would not have happened.”

Defending the decision of linking all bank accounts with Aadhaar, the AG said: “Our point is that every banking transaction will be discovered through Aadhaar. To that extent, Aadhaar is useful.

“For the larger interest, the question is whether we have one identity for all.”

As Venugopal tried to focus on the over-arching benefits of linking Aadhaar with various services and activities, Justice Sikri said: “You want Aadhaar authentication for each and every activity of mine. This is the concern expressed by them (petitioners).

“You have issued 144 notifications. You want cell phones to be linked with Aadhaar. You consider every individual of population as a terrorist or a violator… Here comes the question of proportionality.”