500 women police personnel to be deputed at Sabarimala Temple 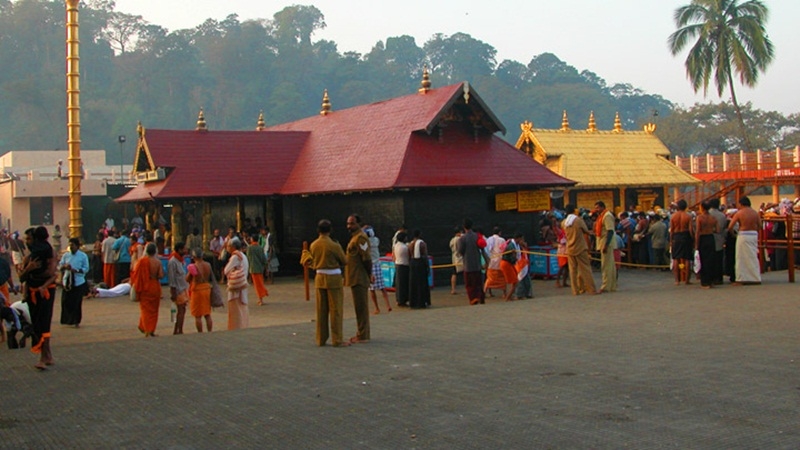 Kochi: With the Supreme Court allowing women of all ages to enter the Sabarimala temple, and the Kerala government and the Travancore Devasom Board (TDB) not filing a review petition, the Kerala Police is gearing up to tighten security at the famed temple which will open for its monthly pujas later this month, said a top police officer on Friday. Talking to reporters on the sidelines of a function of his department, Kerala Police chief said they are planning to depute 500 women police personnel at the temple. “Laws have to be adhered to as faith is different and duty is different. Our police force consists of 6,000 women police officials and we need 500 for the Sabarimala temple…

They will be posted,” said Behra. While the main two-month-long festival season of the Sabarimala temple begins in the third week of November, lately the temple is open for a few days during the beginning of the Malayalam calendar every month. For October, the temple doors will open on 18th of this month. With the apex court throwing open the doors to all women, the Pinarayi Vijayan-led Left government has already said they will abide by the verdict in letter and spirit, while the Congress and the BJP besides several Hindu organisations are up in arms, and some of them are also planning to file a review petition against the decision.

In view of the opposition from various quarters, with several women taking to the streets to protest against the apex court’s decision, CPI-M state secretary Kodiyeri Balakrishnan in a newspaper article on Friday said the party will make no efforts to take women to the temple. “Those women who wish to pray at Sabarimala can use the court verdict and go. Those who do not wish to, need not go,” said Balakrishnan. Meanwhile, angry BJP workers on Friday forcefully closed the office of the TDB at Pandalam protesting against its decision not to file a review petition. TDB is the body that manages the Sabarimala temple. Leader of Opposition Ramesh Chennithala, along with hundreds of Congress workers including women, sat on Friday on a day-long protest in Pathanamthitta – the district where Sabarimala temple is located.