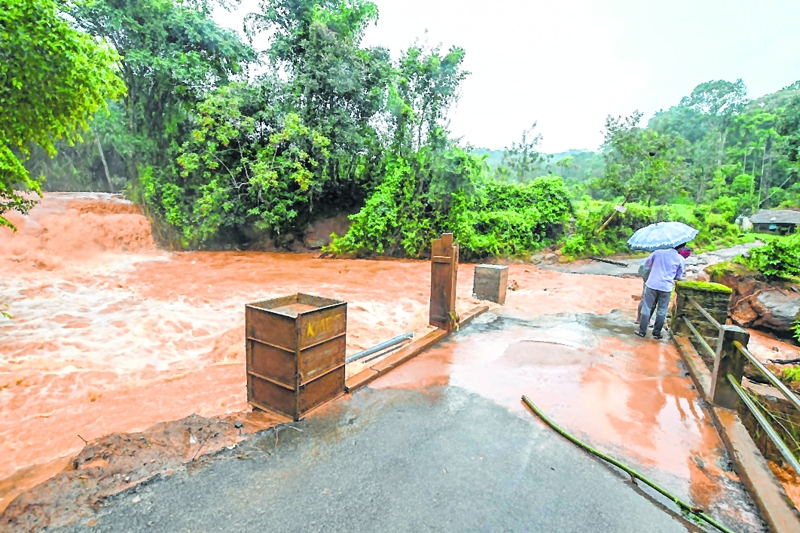 Kodagu : About 4,320 marooned people have been rescued till Monday morning in flood-hit Kodagu district in Karnataka as the rescue work entered its final stage in search of nearly 50 persons reportedly missing or stranded, an official said.

“The rescue work has entered its final stage. The 4,320 who have been rescued have been shifted to 41 relief camps in the district,” a Karnataka State Disaster Management Authority official told IANS.

Teams from the Indian Army and Navy along with state officials were screening the villages and towns to rescue anyone still stranded, he added.

The district administration along with the rescue teams are also on the lookout for about 50 persons reportedly missing in the district.

Cut off by landslides and damaged roads, the coffee-growing district, located in the Western Ghats, has been the worst affected in the state due to southwest monsoon since June first week.

The state’s emergency operation centre did not get any distress call on Monday, said the official who did not wish to be named.

The unabated rains, leading to flooding and landslips, have claimed eight lives in the district, according to Chief Minister H.D. Kumaraswamy’s office.

About 50 Dogra Regiment soldiers, 12 naval divers, 62 officials from the National Disaster Response Force (NDRF), 750 fire service officials and Home Guards with boats and hundreds of volunteers have been carrying out relief work.

The Air Force is using M-17 helicopters to airlift the marooned.

In all, 1,194 specialised rescuers from the state and central agencies are involved in the drive.

With several relief camps sheltering more people than they can accommodate, the district administration on Monday asked volunteers, NGOs in the state to donate relief materials including clothing, raincoats, kitchen utensils and first aid equipment among other things.

The state-run Karnataka State Road Transport Corp (KSRTC) has resumed all its intra-state bus services towards Madikeri in Kodagu district and flood-hit Kerala.

The bus services were suspended due to flooding and damaged roads due to landslides.