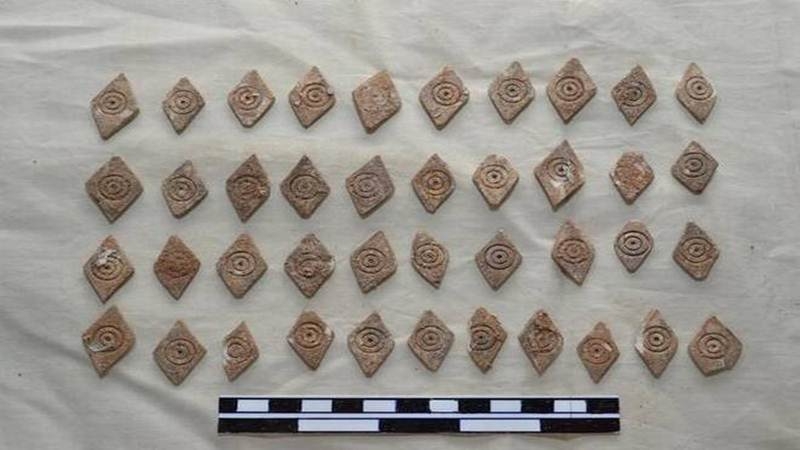 Hyderabad: Nearly 4,000-year-old bone ornaments, a capstone and other rare objects belonging to the megalithic age have been found at different sites near Hyderabad, a senior official of Telangana’s archaeology and museums department said today. The bone ornaments were found in Narmetta area, on the outskirts of Hyderabad, during excavations conducted at different sites from March to May this year by the department, its director N R Visalatchy said.

“The ornaments are basically cut bone pieces, but (are) very precisely cut, all of equal shape, design, which in the 100 years of history of the department of archaeology and museums we have never come across,” she said.

The archaeologists have also found a capstone (a large flat stone) which was in the shape of an “anthropomorphic (having human characteristics) figure,” said Visalatchy. The bone ornaments show that the technology prevailed even then to precisely cut the bones and the mathematical sense to make them of a precise size, she said.

The scientific analysis of the bone pieces would throw more light on its different aspects, she said, adding that its carbon dating (determination of age or date of organic matter) would also be done.

“2000 BC to 500 AD is the timeline (as to how old the bone pieces are),” she said, adding that a skeleton with a skull was found at another burial site.

“This will be a boost to us in having a scientific approach towards the understanding of the megalithic culture,” she said.

The department, one of the oldest in the country, had undertaken many excavations in the past, she added.